Drawing on the idea of light as a technical and conceptual vehicle, the exhibition offers an isolated view into one of the basic components of photography. Each of the three artists presents a different treatment of the matter, and while the works exhibit what would seem to be contradicting approaches, the exhibition ultimately adds to a cohesive look at the elements of photography.

The title of the show alludes to a 1961 Ingmar Bergman film of the same name. It originates in a quote from the New Testament “For now we see only a reflection as in a mirror; then we shall see face to face. Now I know in part; then I shall know fully, even as I am fully known”. (KJV 1 Corinthians 13:12). In both the script and in Bergman’s film the title refers to glass as a lens mirroring the human psyche. In the case of this exhibition the title helps construct the idea of light and the camera lens as a mirror of ourselves, and perhaps more broadly a mirror of our society.

Jan Tichy’s photographs employ darkness as a central feature and explore the camera’s ability to capture a fleeting moment; an occurrence unnoticed. In the work Certificates #14, a garbage bag filled with used cans of tomatoes is placed on the pavement in a dark street. At first glance the viewer’s eye is drawn to the image, which occupies the center of the composition. Slowly adjusting, the eye starts to recognize additional elements in the darkness; new objects come into focus; a set of stairs, the grid of the pavement, another black garbage bag, and the silence of the desolate street. The composition calls to mind ideas of stillness, movement, repetition, and disorientation. In Tichy’s photographs darkness prevails, there is no beginning and no end, the only limits are posed by the physical borders of the paper. The instant illumination of objects and situations by the camera’s strong flash create uncanny, eerie and elusive images that require an act of deciphering or unraveling, which results in the appearance of more questions than answers. The idea of control on light—or the lack of it—ties this body of work to Tichy’s previous works namely his sculptural and architectural installations as well as to his community based work. 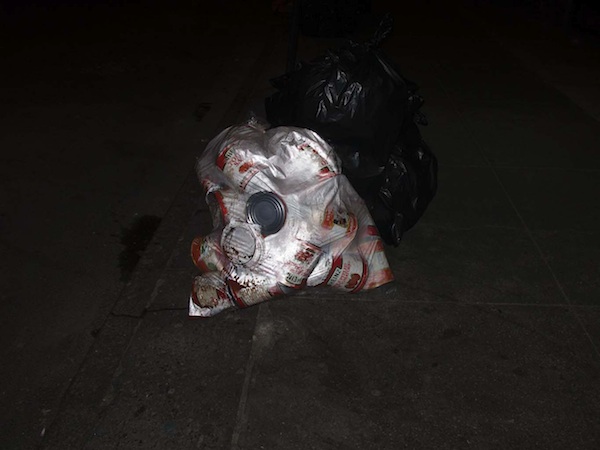 In what would seem as an almost oppositional practice, Thora Dolven Balke’s photography uses light in the most extreme degree. Bright and blinding, it washes the picture plane and dictates an uncertainty of time and space; images and objects, domestic surroundings and human figures are transformed into abstraction, floating forms. It is interesting to view Tichy and Dolven Balke side by side; while Tichy’s work makes use of luminosity to reveal something in the dark, Dolven Balke uses it in order to blur or conceal the subject. The end result, however, is similar as the images lead the viewer to a point of confusion and disorientation. Dolven Balke takes the idea of luminosity as a formal tool another step further as she uses it as an inner frame for the works. The result is an emphasis on the recognizable elements–the human body, an interior or a rooftop—while at the same time heightening the elusiveness of the unidentifiable ones. Time and space are blurred, almost altered and we remain with the sweet mystery of the meaning observation. 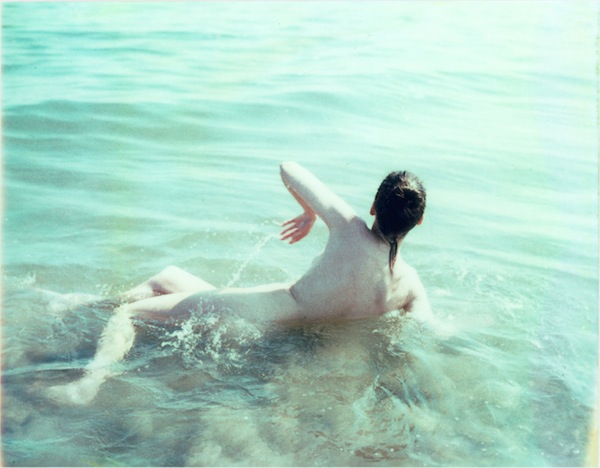 David Terranova’s works employ a similar tactic presenting endless images that touch upon a broad spectrum of ideas, namely those tapping into the confrontation of man and nature. His images are depictions of natural surroundings with human traces; the tip of a boat in the ocean, a vast field, a sprawling metropolis. The aesthetic evokes contemplations on the ‘human effect’ while at the same time alludes to luxury and conspicuous consumption. The endless plains, and the hint of a forthcoming disaster may be read as a lightly served contemplation on the human condition. 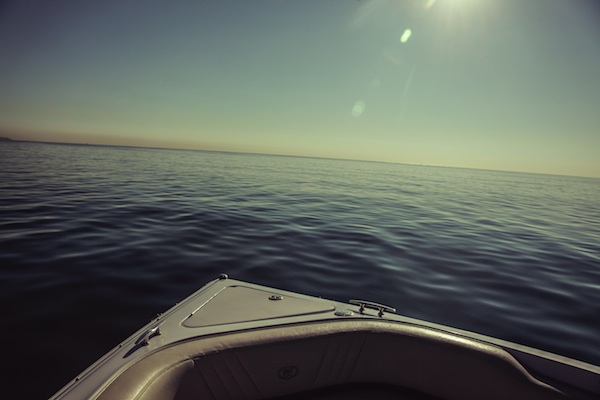 The exhibition runs until June 29th, link to website: http://www.simonneuman2gallery.com/