Entrance to the space

Yaniv Yehuda Eiger is opening ZIZ, a new art space in the south of Tel Aviv.
The location will be dedicated to young Israeli artists who are preoccupied with issues such as language, media and communication. A preoccupation which has always followed Eiger; from his debute as an autodidact artist, later as an art critic for Maariv and as a curator. The same goes for today, being an owner of what he hopes will become an alternative model for art galleries.

You might be wondering what the new model is that Eiger is offering for this new art space.
The venue will work with a subscriber-based model. By becoming a member, you will be able to receive large discounts for the works on the walls but also for other pieces in a variety of price range, from postcards, to large editions and so on.
This new format makes art not only accesible to the usual art market but to a much larger public, a format which is part of an ideological declaration. 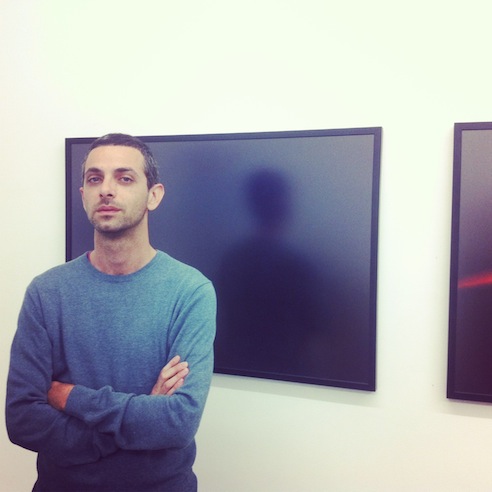 Yaniv Yehuda Eiger in front of a work by Guy Criden

The first show, which opens tomorrow, will present a solo exhibition for the artist Guy Criden.
The works consist of collages of found images that Criden has reused by editing them and scanning them together, creating a new language. 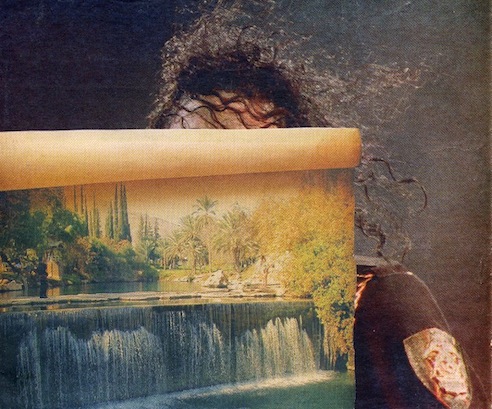 A work by Guy Criden

As Eiger puts it, all the artists in the space’s lineup, are  linked by their similar way of looking at the world, “they are not familiar with the notion of a tabula rasa, the blank canvas, they do not start from that point, but from the infected and touched place”.
The creative techniques of all the artists in the lineup are simple and subtle. However, as Eiger explains, all these artists hide a sophisticated message in their work, that reveals their inner world through the generic and daily information they re-organise and de-organise.