Laetitia Sebban grew up in Paris and studied visual arts at NYU.
She currently lives in Paris where she works as a Project Director at Auditoire/TBWA. 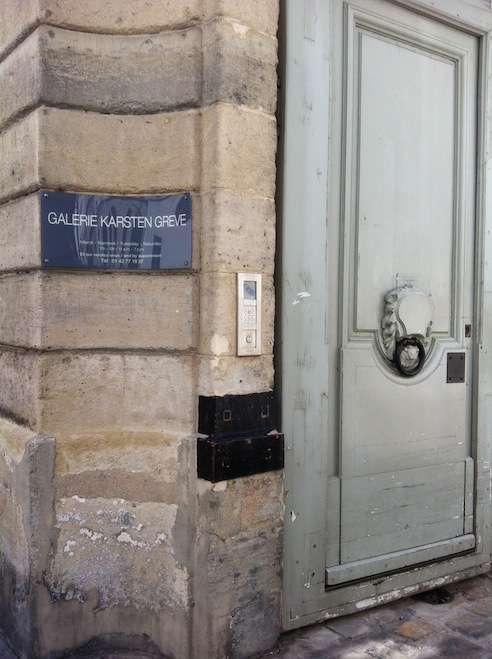 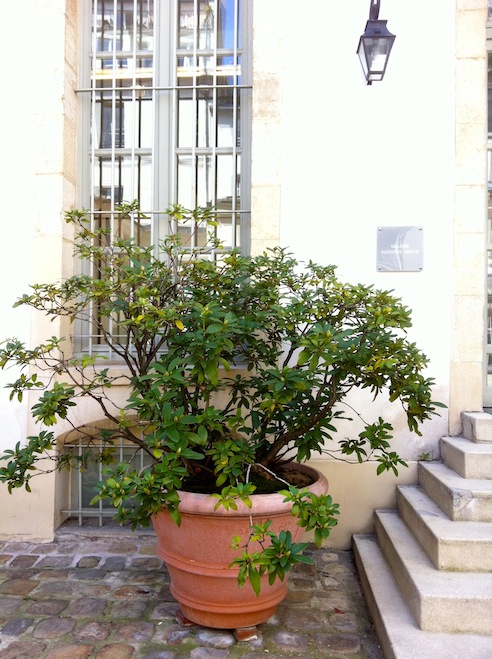 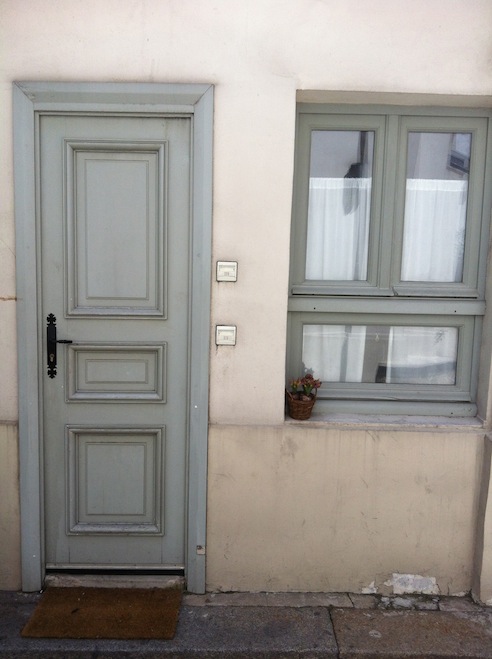 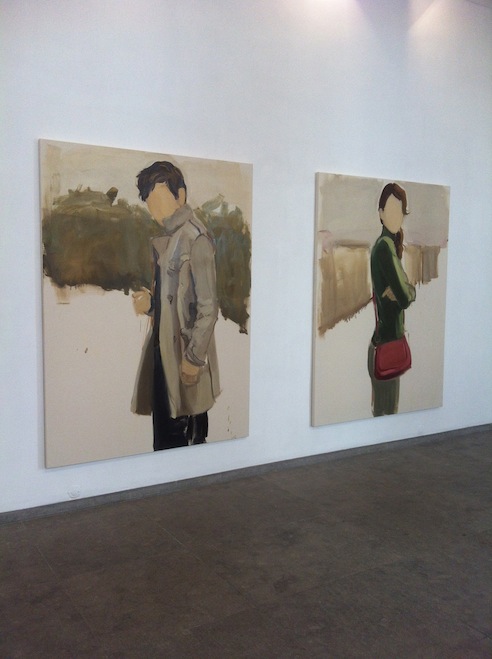 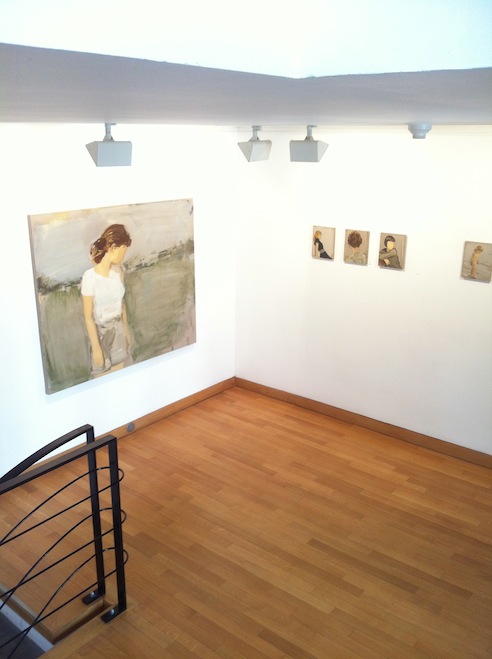 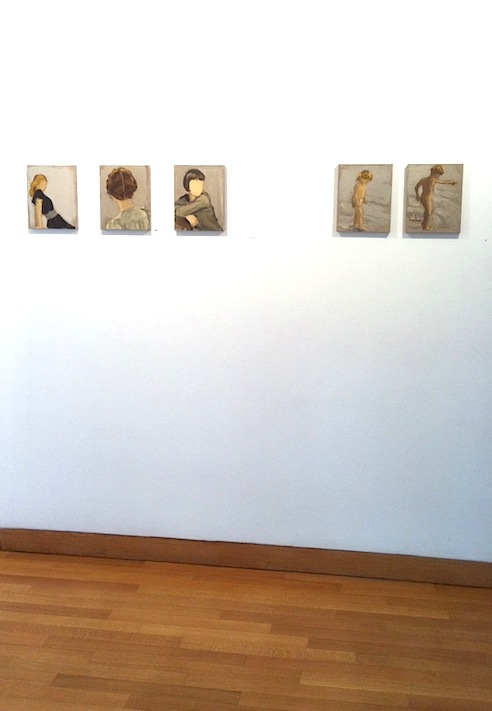 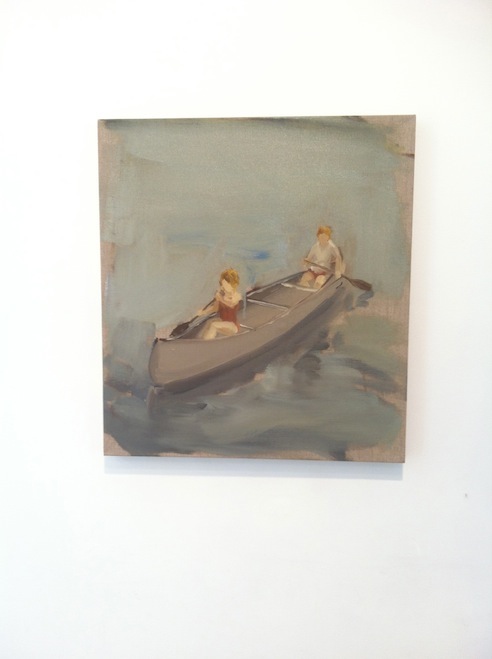 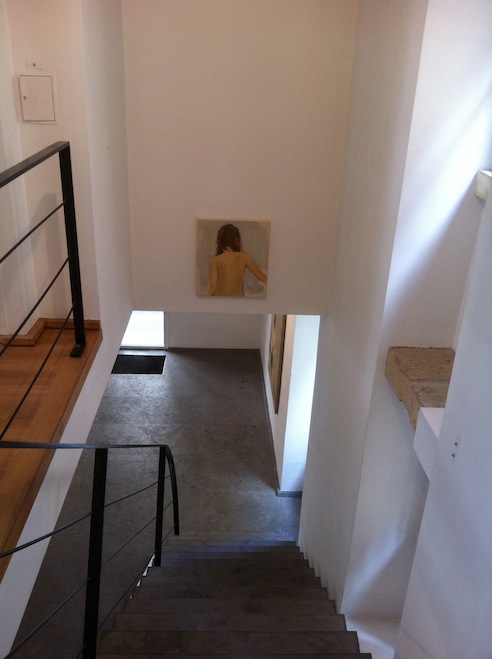 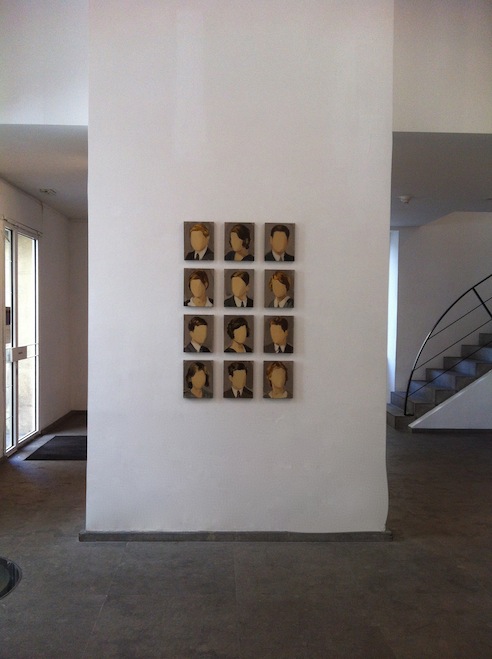 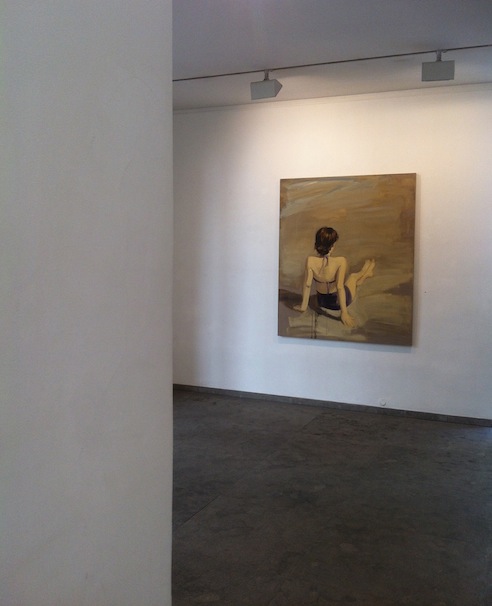 All pictures by Laetitia Sebban

The Karsten Greve Gallery is pleased to present the exhibition, Last Year’s Man dedicated to the work of the artist Gideon Rubin. The exhibition brings together numerous recent paintings as well as a video made in 2011 that is projected on to the canvasses. The works being exhibited show anonymous portraits as well as landscapes. These represent two typologies of subject, which though different, draw the viewer in to an intimate and introspective dimension. The individual, reduced to a body and a face, is at the heart of the artist’s work. Deprived of any physiognomic identity, the characters of these portraits give free reign to the spectator’s imagination. The blind stranger is thus a mirror of each one of us and so acquires a universal value. This aspect is also evoked in the title of the exhibition that refers to a song by Leonard Cohen, who Gideon Rubin often listens to while working. The character in the song is a man sitting down, suspended in time and memory, soaked with rain and without a face: here is last year’s man, shut up in his mysterious anonymity, of whom we know nothing and whose history may only be imagined.

The abstract portrait genre has fascinated Gideon Rubin for a long time. By producing portraits of unknown people, celebrities and personalities from the art world whose faces are erased or well hidden, the artist is offering the observer an image that is open to interpretation. The painter is aiming to evoke souvenirs of people we have known or that we have bumped into here and there with these faceless portraits and silhouettes. In this sense, the simpler and more banal the image is, the better. Only the explicit absence of narrative allows for freedom of interpretation, which grants a history to the image and a face to the silhouettes. In this way, these anonymous portraits acquire a multitude of identities and thus make one, nobody or one hundred thousand.

For his portraits, Gideon Rubin draws on photographs of the 1940’s that he finds in flea markets or on eBay, the modern version of flea markets. More recently, the artist has found other sources of inspiration from the 1950’s, 60’s and 70’s. These include the world of celebrities from magazines full of posed faces and snatches stolen from the intimate lives of stars, or protagonists from the art world. Though the artist does occasionally place his subjects in situations that provide some kind of contextualisation, as in the case of Canoe, more often than not he avoids all exterior environment as in Untitled (back). In his most recent portraits, the artist likewise chooses to reduce any references that would allow one to place the subjects in time. This makes it possible to place the portraits in a kind of timelessness that grants the viewer even greater freedom of imagination. The observer is thus driven to ascribe greater importance to the details that are generally just glanced at, as the regard would normally be drawn to the face, which is absent here. The posture, the clothing and the hairstyles of the subjects thus acquire an essential role, just like the shadows, which at times clothe the body more than the clothing does. Given the lack of faces, these details are no longer just accessories but become characteristic traits that make it possible to launch a narrative around the subjects.

Gideon Rubin’s abstract portrait practice is also tied to the history of his ancestors. Of Israeli origins, part of his family left Europe because of WW2. This migration erased the traces of his family on the old continent; traces that disappeared or were lost. The notion of anonymity is not just a recurring theme in his work, but a concept that is profoundly rooted in his personal history. The rubbed out faces and the quest for anonymity in Gideon Rubin’s work should also be considered in terms of this kind of nostalgia. In this sense, the obsession for anonymous faces also responds to his profound need to fill in the portraits of his own family.

Apart from the numerous portraits, the exhibition presents landscape paintings that tend toward abstraction. For these canvasses, where even the anonymous humans disappear, Gideon Rubin uses sand tones that he applies in broad strokes. The support, in this case canvas, is often exposed in his works and becomes an integral part of the image. In the places where colour becomes more rare, we recognise the movement of the stroke as well as its intensity. This trace of the artist’s gesture distances the work from realistic representation and leaves room for a kind of minimalism that is both essential and entrancing. The contrast between raw canvas and paint arouses a tactile stimulation. One is almost tempted to touch the material and the colour in the places where they co-exist. Gideon Rubin’s landscapes are powerfully evocative and are revocations of places rather than true representations of existing sites. This is the case of Osea Island where the view of the beach becomes the image of a memory or that of a dream. In these works, faithfulness to reality no longer has in fact any importance with respect to the personal appropriation of the memory of place, which Gideon Rubin treats with a delicate, intimate and yet universal stroke that is always charming.

Gideon Rubin was born in Israel in 1973. He studied at the School of Visual Arts in New York and at the Slade School of Fine Arts in London where he was awarded his diploma in 2002. He has had numerous international one-man shows since 1999. His works are included in major private collections in London, Hong Kong, New York and Paris among others. Gideon Rubin lives and works in London.