Miri Chais graduated from her studies at the Hamidrasha School of Art, Beit Berl, Israel, in 2001, and currently lives and works in Los Angeles.
Chais is a multimedia artist, often creating site-specific installations, dealing with technology’s impact on contemporary life, and massively connected to Japanese mythology and popular culture.
For her latest installation, on view at Keystone Art Studios in Los Angeles until May 14th, Chais has been influenced by Japanese Zen gardening, along with the idea of the Rabbit Hole from Alice in Wonderland. The Zen garden and the hole/tunnel, both concrete yet imaginary and symbolic places, share the qualities of neither being natural nor completely artificial places.
Two amorphic sculptures, which are reminiscent of Henry Moore’s reclining figures, have been covered with moss and embodied with kaleidoscopic prisms, encompassing American landscapes into intimate, fragmented and mirrored picturesque capsules.
A decapitated female body dressed in a yellow luminescent gown, chaperoned by hearted skulls and angels, is hung from the high ceiling, floating in the air. Its margins are colored in red, as if standing on the luxurious red carpet, or drenched in fame’s bloody tag price.
Chais’s use of LED lights lures the viewers by the beauty of the glowing sculptures which always retain, however, an underlying sense of cultural or geographical catastrophe, fear of loss and grief. 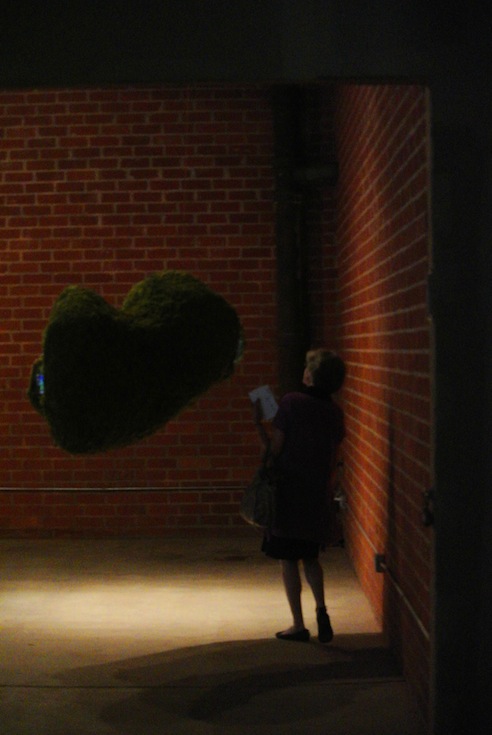 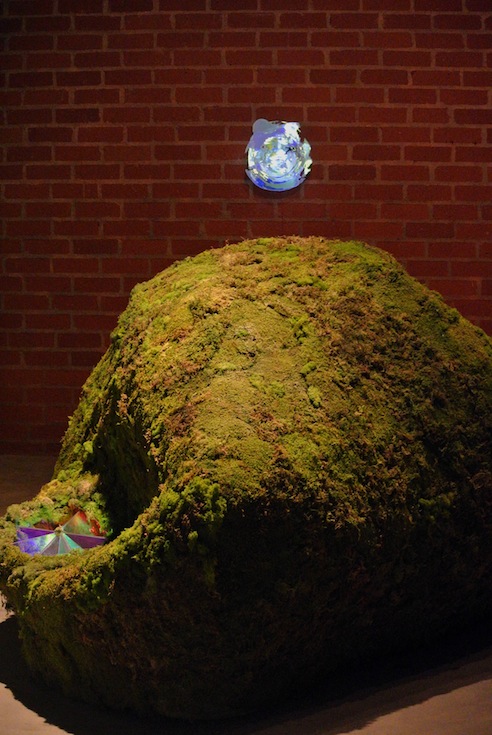 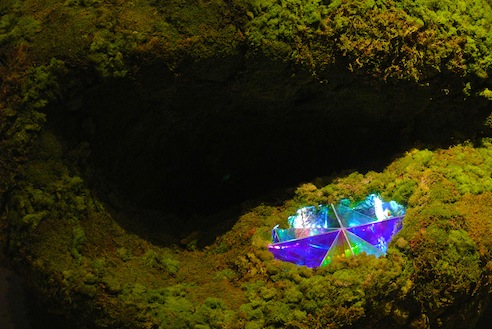 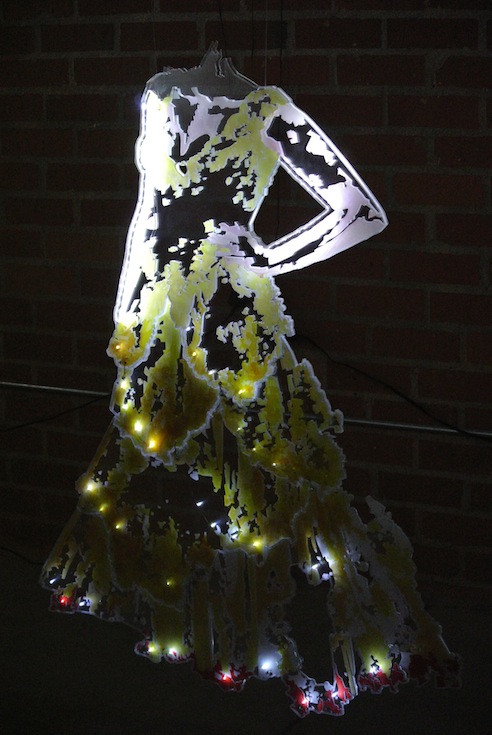 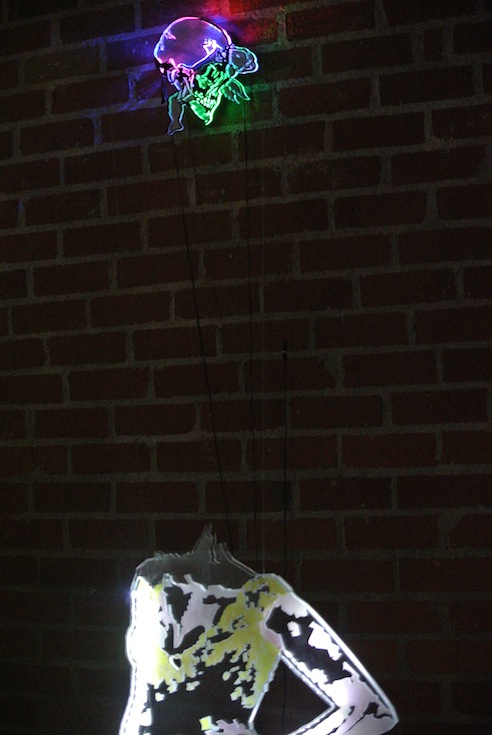