I had the chance to meet Bat Sheva Ross in Brussels, where she is currently living, and ask her more about her work.

Ross was born in 1977 in Israel, a couple of years ago she moved to Brussels from Rotterdam where she completed her MFA at the Piet Zwart Institute. Brussels offers her, as she explains, a comfortable city to create art. The city has welcomed her with an important solo show last year “Telling a mind stop being a mind” at Komplot, which is known to host emerging artists. In the exhibition she presented installations, paintings and a video. The show emphasised that Ross is a true multi media artist who chooses her medium according to the message she wishes to transcribe and highlighted the issues with which she is concerned, such as the notions of Authorship, the role/place of the artist, and the tension between reason and intuition in Ross’ artistic creation. 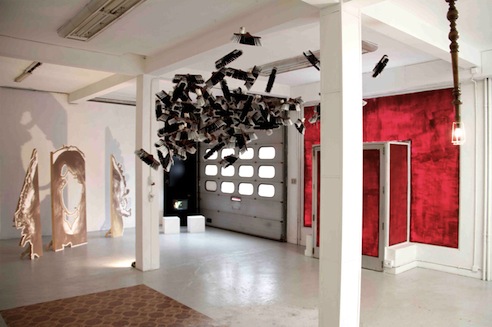 The first time I saw a work by Bat Sheva Ross was during the group show “Isaac Babel: Makhno’s Boys” at Dvir Gallery, where she showed a video work entitled “BatLien ChristiOss (2012)”. This is the video she also presented at her exhibition in Brussels. The video starts with floating dark blurry images with hypnotising voiceovers counting backwards from 100 to 0, which are followed by a dialog between Ross and the artist Alien Christiaens. This conversation about meditation is with no sound, just subtitles and the images of the artists facing each others, separated by a mirror reflecting the image of Ross’s face to the viewers as she is is sitting with her back to the camera. 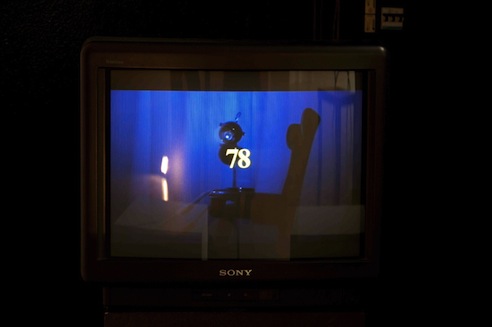 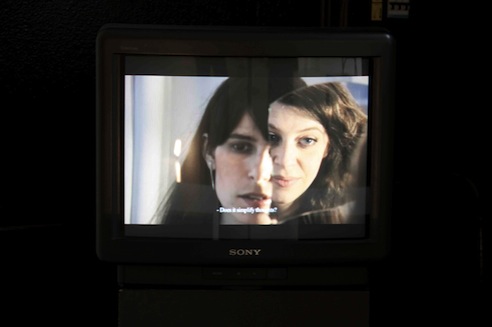 In her pieces, it is difficlut to grasp if the elements she uses are spontaneous choices, intuitions or if they symbolise something specific, if they are supposed to lead us to a given direction. This tension between the symbolic and the intuitive is present in the video “BatLien ChristiOss (2012)” but also in an earlier video work entitled “The Excursions of the Wandering Tinsel” (2010). The piece consists of an assembly of images edited with a layer on layer technique which Ross uses often, and gives us what seem to be associations of images with no sound and without a very clear story- a wandering from one image to another. 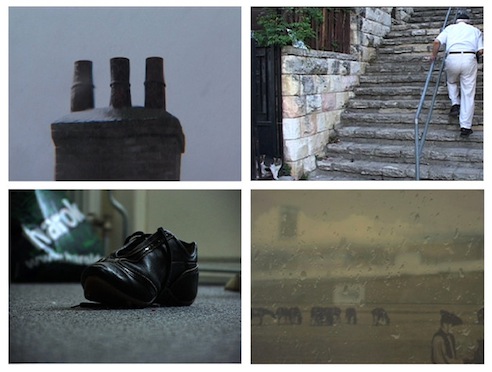 Still shots from ‘The Excursions of the Wandering Tinsel’, 2010

Ross grew up in a Jewish Orthodox family and left religion when she was 18.  Although religion is not the focus of her work,  religious and mystical symbols can also be found in Ross’ oeuvre, especially in her earlier pieces.

This is the case of the paintings she has presented at Givon Gallery in her solo show in 2007 and at Komplot in 2012. In these paintings Ross represented rabbis and by this approached the delicate issue of representation in Judaism and of one of the Ten Commandments: “Thou shalt not make unto thee any graven image”. The representation of iconic rabbinical figures are an exception to this rule and this is one of the reasons which attracted Ross to collect on the internet images of famous rabbis and bring them to her canvas. 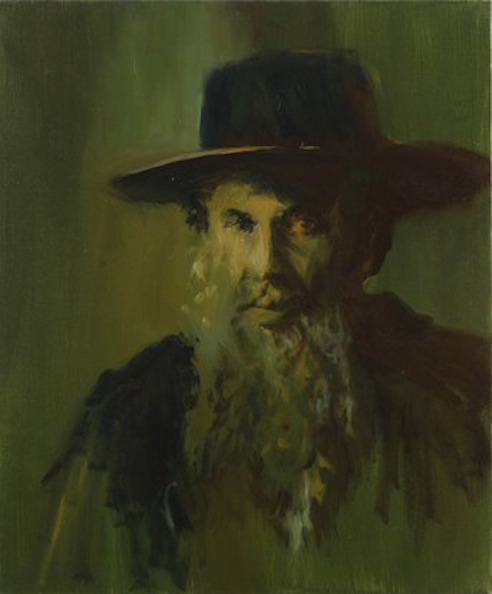 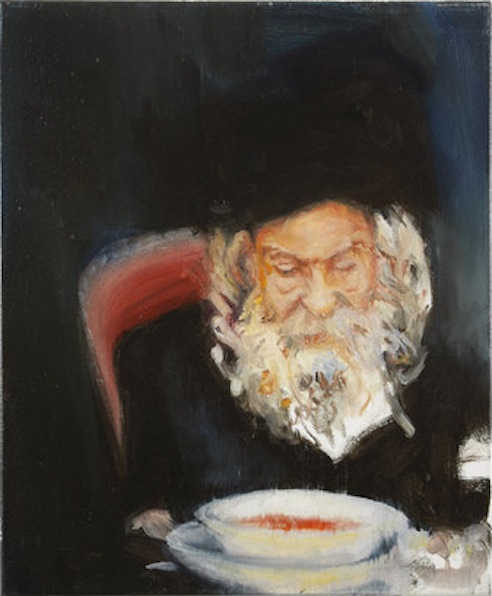 Religion and existentialism can also be found in her video work from 2005 “Answer Me” which is currently on view at the group show, “The Compilation of the Perplexed” (curated by Yoav Cohen) at the CCA in Tel Aviv. In the video the artist sings a song which is usually sung by Jewish congregations on the holiday day of Yom Kippur. It is as she explains “a humble secular attempt of mine to communicate with God”. 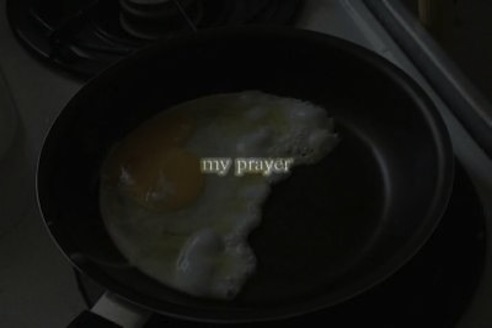