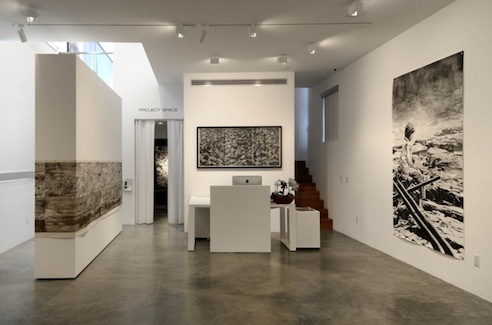 Orit Hofshi’s solo exhibition “Cessation”, which is currently on view at Shulamit Gallery in Venice beach, California, presents a voyage in time and atmosphere to the local sun-striked visitors.
Hofshi is well known for her monumental woodcuts, that echo Romantic Landscapes as seen in the master works of Friedrich and Kiefer. 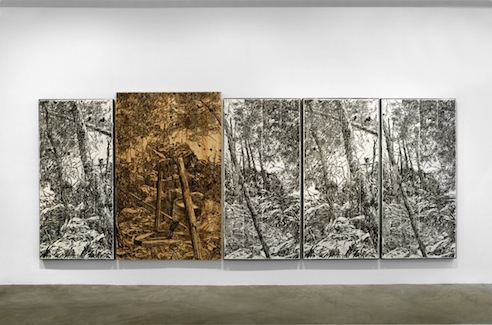 Her unique combination of actual carved wood panels, that usually serve as the hidden source for prints, along with rubbings on paper sheets and larger than life woodcuts, surrounds the spectator with an epic sense of place that has frozen through history. Swirled forests along rocky river banks, broken fences and water-filled barrels, merge between the natural outdoors and man’s intervention, a duality that seems to result in blocked views that pushes the human away. 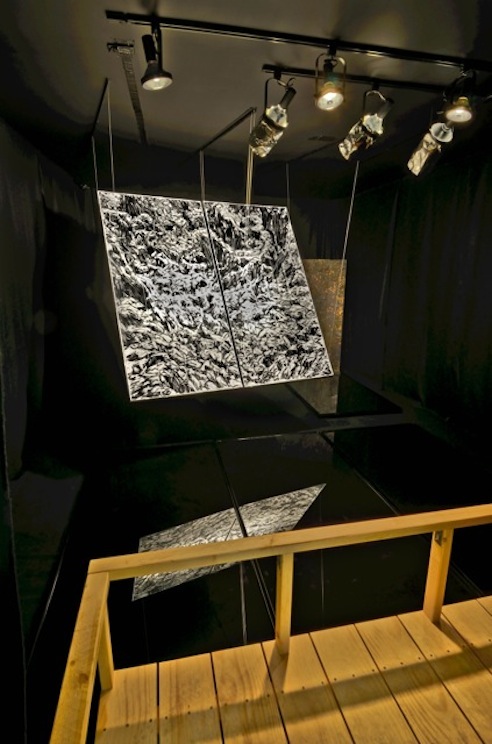 Inside the gallery’s intimate project room, the walls and floor have been darkened with black reflective panels. The visitors stand on a wooden deck or a pier, as if on the verge of the ocean, while a black and white landscape is being suspended in the air, as if a mighty wind was sweeping over the waters and re-assembling the earth from its place. 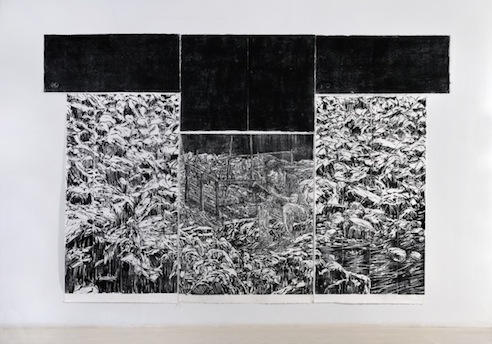 In this context, the black/blank sheets in the piece Cessation can resemble a cross or shoulders spread above the ground, almost as if to embrace the natural creation into infinity.

All pictures courtesy of Shulamit Gallery.