The opening of Seffy Fisher’s show  “My Yearning Soul” was probably one of the most crowded art events I’ve attended lately in Tel Aviv. It also marked the inauguration of a new underground gallery: “South Tel Aviv Gallery”.

The mission of this new anti-institutional space, managed by young artist, collector and entrepreneur Meir Cohen, is to show young Israeli and international artists and to create a bridge between Art and the multi-cultural environment of South Tel Aviv. 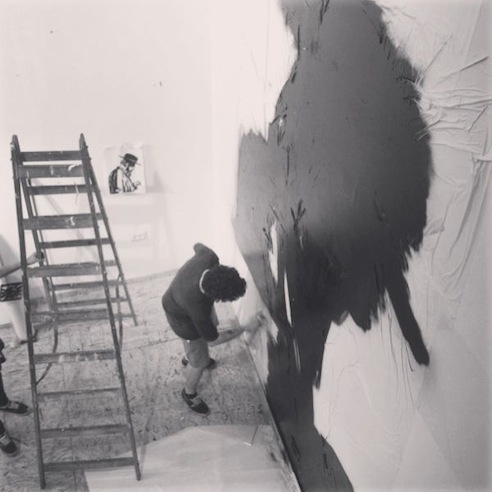 The first exhibition, curated wonderfully by Ronny Koren who also wrote the text accompanying the show, is dedicated to the unique works of Seffy Fisher, also known under his pseudonyms “Shell” and “Shinlamed”.
This young and dynamic artist, who has started his artistic career with street Art, is showing his pieces made of the unique and complex technique he has developed, vinyl cuttings, and talks about a theme that is close to his heart, Religion.  As a teenager Shinlamed, who grew up in an Orthodox family, left religion, but its references have never ceased to influence him as a person and as an artist.

The visitors will find in the works such religious elements as the large families, the wig, the kippa, the Bar Mitvah, and so on. Some of the elements are depicted in  a dramatic and menacing such a the woman with her anxious gaze, and others are full of humor, like the figure of the flying rabbi. 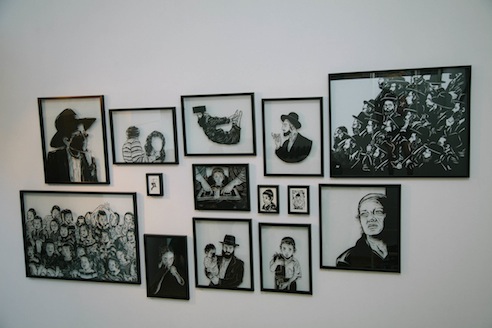 Works at the show (Photo by:  Jill Schweber) 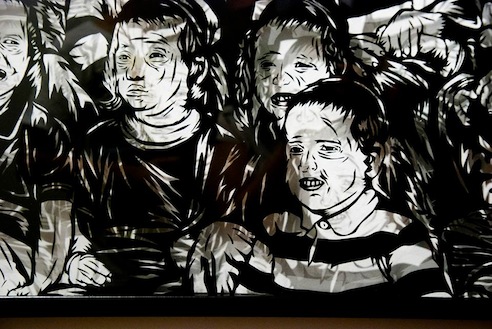 Shinlamed doesn’t forget his roots, those of his childhood and those of his artistic path, that one can also find in the large installation covering one of the walls of the gallery. This piece, created during one telavivian night, represents a huge portrait of a rabbi, who seems to watch over the visitors. 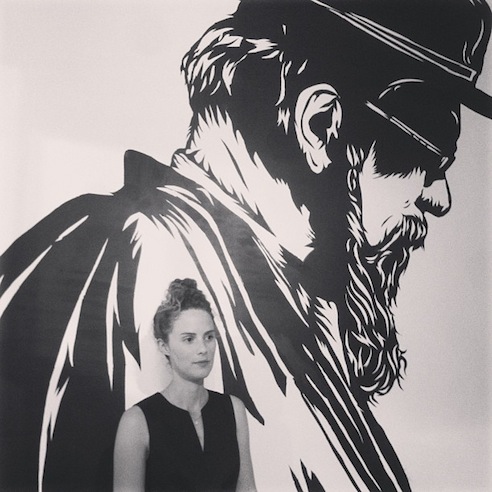 Is this an autobiographical exhibition? It’s a universal theme, but which seems to be treated from a personal point of view. The visitors are reminded of this with the dolls Shinlamed has created, made entirely of vinyl and which represent the little Seffy as a kid, holding the Torah in his hands. 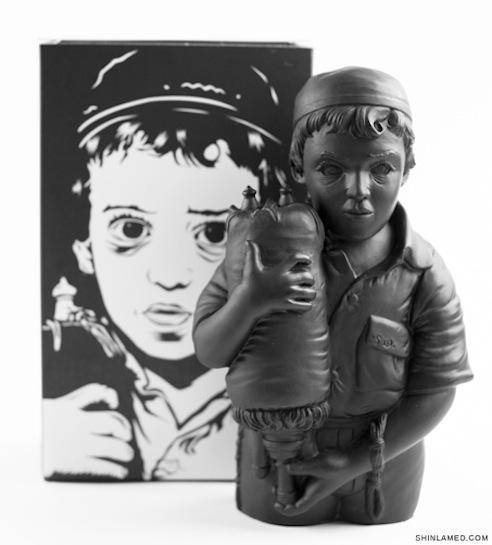 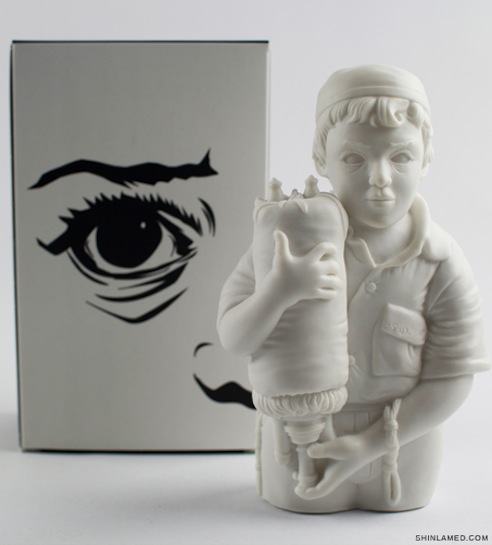 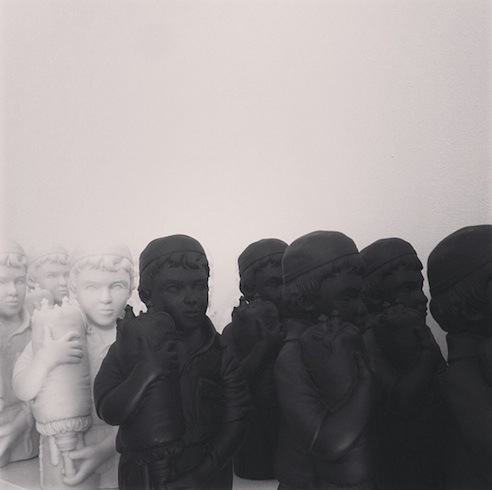