Guest Post by Jenna Romano. Jenna, originally from New York, completed her degree in Museum Studies at Arizona State University.  After working in Paris for a summer, she traveled around Europe and the Middle East until landing in Israel, where she began studying fine art at the Jerusalem Studio School and working in the tour industry.  She currently resides in Jerusalem, where she enjoys being surrounded by the vibrant people & culture, and discovering the blossoming contemporary art scene. 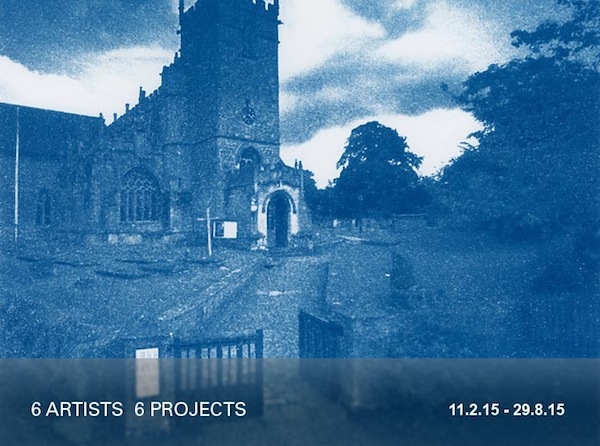 With its 50th anniversary approaching, the Israel Museum will be hosting a number of formative events and exhibitions this year.  6 Artists, 6 Projects is the first of them.   After many months of studio visits around the country, curators of Israeli art and photography have carefully chosen six distinguished Israeli artists.  They are launching their array of solo shows for the first time in this exhibition.  The exhibition, which opened on February 11th, will close on August 29th.

Like the Israel Museum itself, which hosts a wide range of work from biblical archives to a newly renovated contemporary art wing, the artists here are distinct.  They are inspired by different subjects and methods, and work in different places around the world.  This diversity is evidence of the expansion of Israeli Contemporary art.

As a new immigrant to Israel, and an art addict, I am especially excited to share with you a glimpse of each artist:  their background, their technique and a short review of the projects at hand. Each month over the span of the exhibition we will focus a different artist or aspect of the show. Stay tuned and enjoy!

Our first artist in the spotlight, Dana Levy: 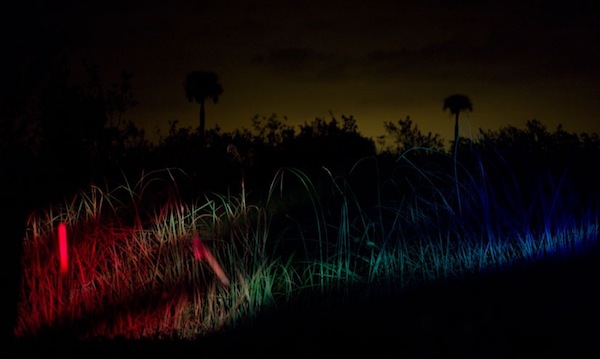 Dana Levy, a Tel-Avivian by birth, now works and lives in New York.  Levy mainly works with video, video installation and photography.  Featured in many solo shows in cities around the world (Tel Aviv, Barcelona & New York, to name a few), she has created award-winning videos and installations and won the Betrice Kolliner Award from the Israel Museum in 2013.

Levy likes to explore the relationship between the natural and unnatural and is inspired by the oscillation of control between man and nature.  Memory is also a subject that she likes to play with.

Her featured projects, “Literature of Storms” and “Everglades”, are both empirical visions brought to life  and give us a deep look into the psyche of Levy’s inspirations.

In 2012, two events clearly shaped the artists vision.  The first, insects infested her private home, forcing her to move temporarily into a hotel.  Second, Hurricane Sandy hit, and Levy was in NYC at the center of the destruction and rebirth caused by the storm.  These serendipitous events inspired her project “Literature of Storms”.

“Literature of Storms” features photos of perfectly decorated interiors taken from 1920’s French interior design magazines.  These photographs hang on the wall, manipulated by projection and noise. The artist invades the pristine scene with animations such as strong wind, leaky ceilings and flying insects, turning it into acute chaos.  Add the sound effects, and we’ve got one eerie and vulnerable masterpiece. 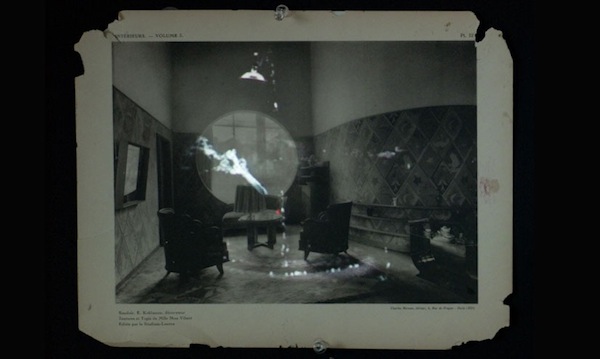 Nature is pervasive in this piece and the darkness of Levy’s experience is brought to life.  In the artist’s own words, this is “nature invading man’s sheltered home”.

Additionally, Levy gives us a large and attractive video, “Everglades”.

“In the 40s the Miami metropolitan area grew substantially and at this time and Everglades water was diverted to cities. Portions of the Everglades were transformed into sugarcane farmland, until an environmental study predicted it would destroy the South Florida ecosystem. Restoring the Everglades became a priority since then.”

It is here that Levy creates a space which simulates man’s desire to control his environment.  Over the span of seven nights, Levy, equipped with her mosquito net, camera, generator and projector, filmed a spot of vegetation in the middle of the forest.  By projecting onto it iridescent colors, she recreates the immobile plant life and the result is an abstract and twisted video. 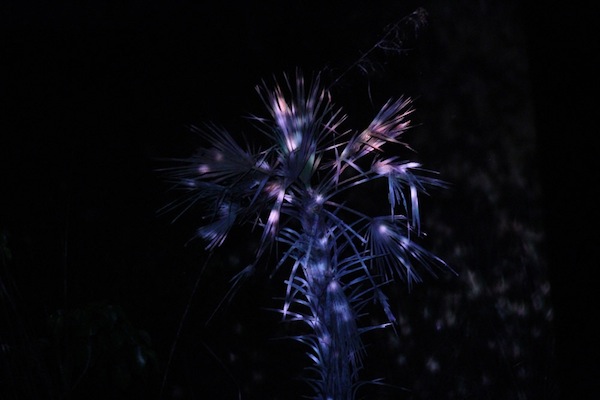 The video on display has no post-production effects.  Although at first glance its obscure essence makes it seem edited, what we see is only raw footage.  A soundtrack fills the room with nefarious sounds of machinery. These noises represent construction, and man’s desire to control nature.

Dana Levy is eloquent with video and sound. Her oeuvre is a leap of faith, meticulous with light and color.  Addressing issues of space, environment and existence, the audience is left with a strong consciousness of their own surroundings and questions of our role in the story of nature.