Lital Lev Cohen grew up in Israel and London and holds a BFA in fine arts from Parsons School of Design and MFA from Yale School of Arts.

She has a strong personality, mysterious and outgoing at the same time, qualities that can also be found in her artistic work. 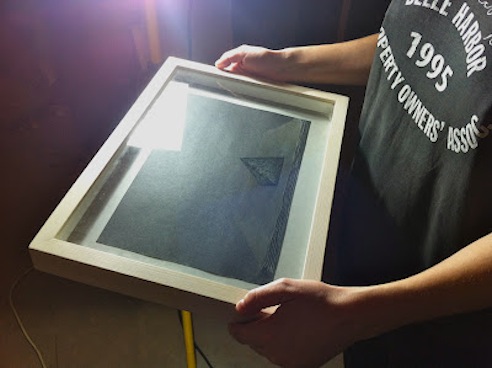 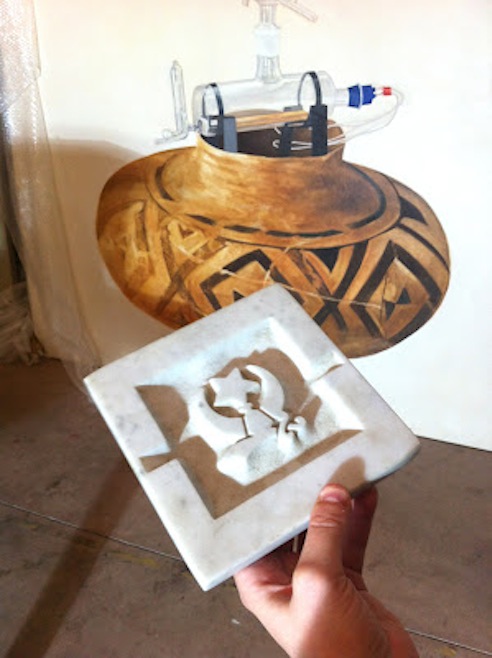 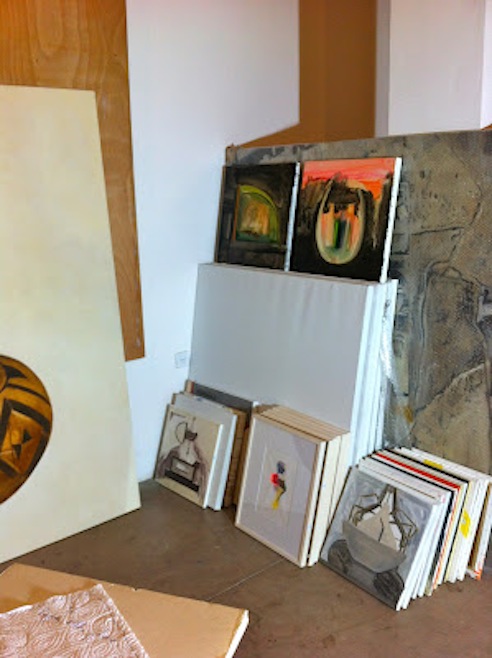 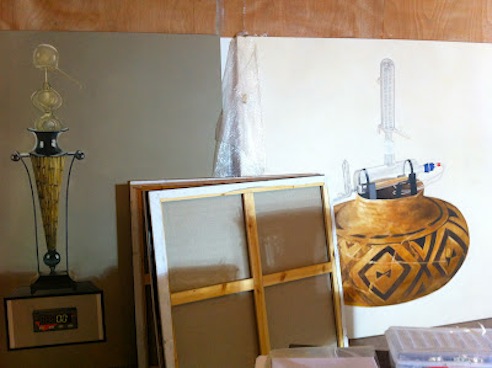 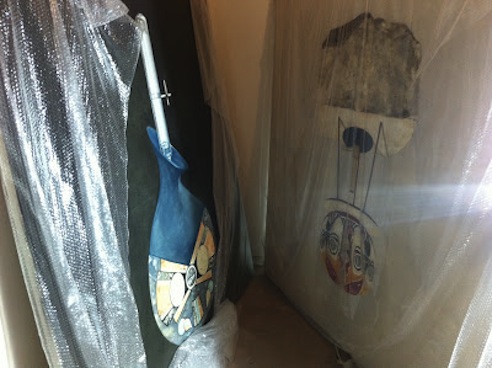 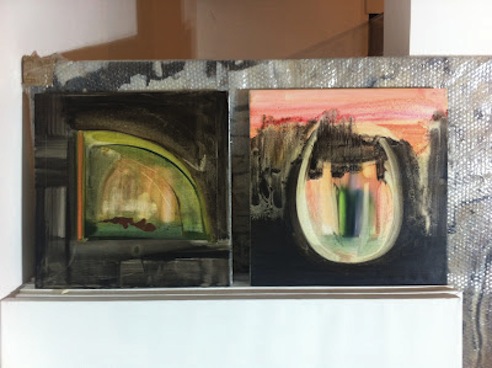 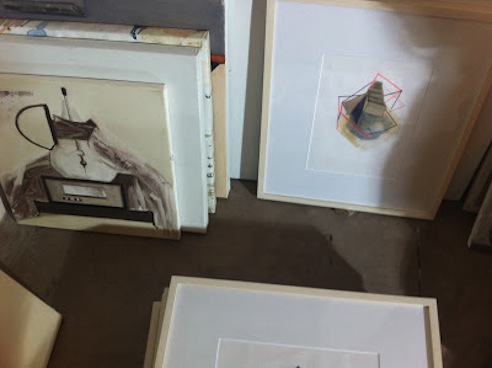 Lital Lev Cohen is influenced by mysticism, music, science, multi media and much more.
These can be seen for example in her project for the Herzlyia Biennial from back in 2009: 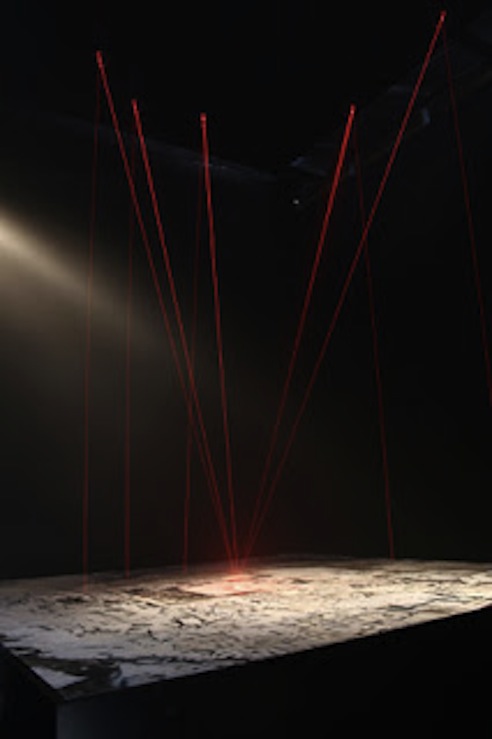 The Tomb of the Prophecy of the Rock, Multi-media installation with Laser component, 2009

where she created an installation, composed of a complex model surrounding an enigmatic prophetic rock in Jerusalem.

After visiting her studio, I thought that what was most striking about Lev Cohen’s work, was the tension present in her art and process of creating, between a spiritual, mystical way of thinking and a very rational one.
She saves all her research, ideas and sketches in numerous notebooks, and you can really feel a passion for a spiritual and logical inner world. She admits that a lot of her work is composed of deep research and commitment to the subject: 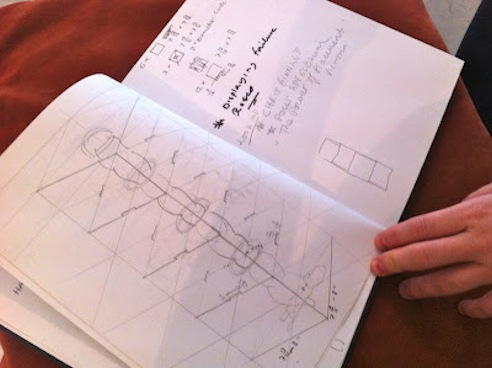 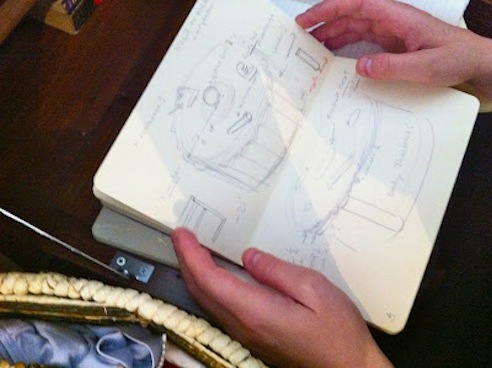 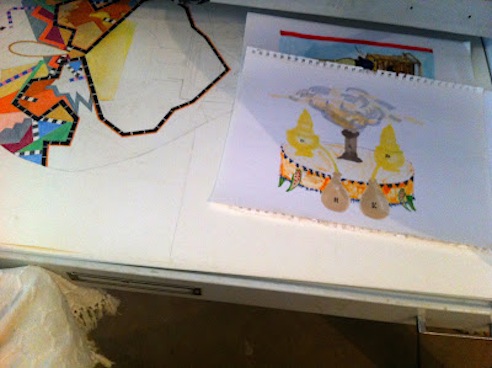 This duality is present in the large scale paintings and smaller ones, most of which were recently shown at her debut solo show “Distillation Unknown” (December 2011 – February 2012) at Hezi Cohen Gallery.

In these pieces Lital Lev Cohen invents objects, composed of components which recall archaeological remains, jewelries, or are they in fact meteors? What is certain is that they look outer-worldly “fragments of her imagination” as she puts it and allow Lital Cohen Lev to explore the theme of transformation. Indeed these are objects that, if they were to be functional, they would be used to purify and distill. They can in fact be seen as metaphorical objects “in the sense that they represent ourselves, the ways in which we absorb and coat ourselves with  different things, whilst containing internal purification system”, as she explains. 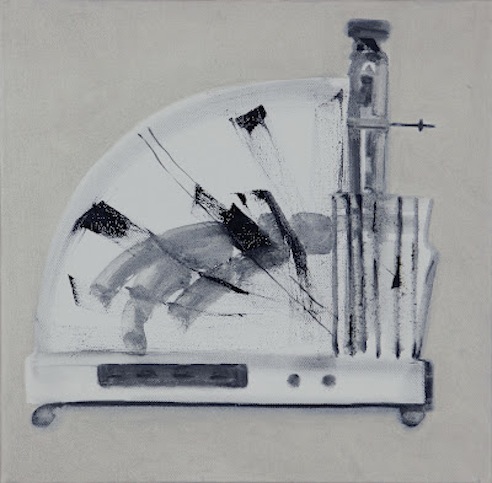 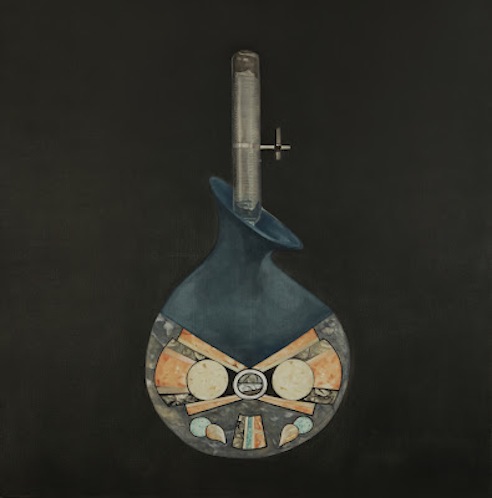 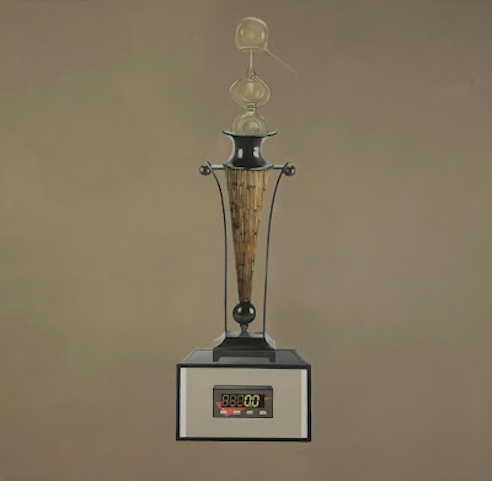 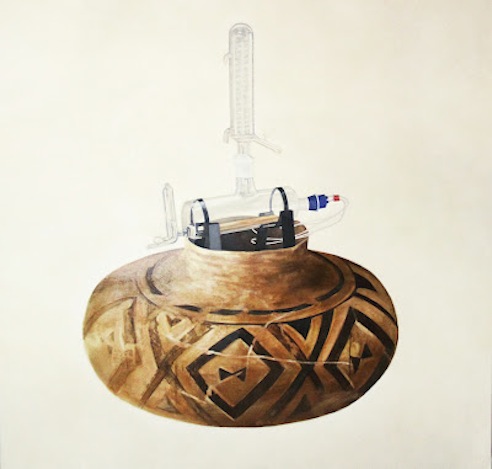 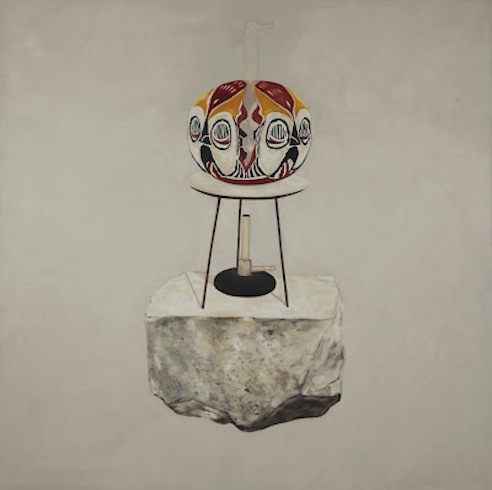 Again, a tension between a beautiful fantasy world and a scientifical and meticulous one.

It also made me think about figuration and abstraction because in the large scale works, it seems both are included. It is true the objects themselves are figurative but their utility is to purify like, as it is often believed, abstract painting.

It was really intriguing and captivating to visit Lital Lev Cohen’s studio, a place filled on the one hand with so much inventive imagination, and on the other with a rational, perfectionist approach which I always admire.

Lital Lev Cohen is represented by Guillaume Rouchon’s Tempo Rubato Gallery (see my post here), and will be participating at this year’s Artissima Art Fair.
Much to look forward to.

Have a mystical rest of week,
Sarah 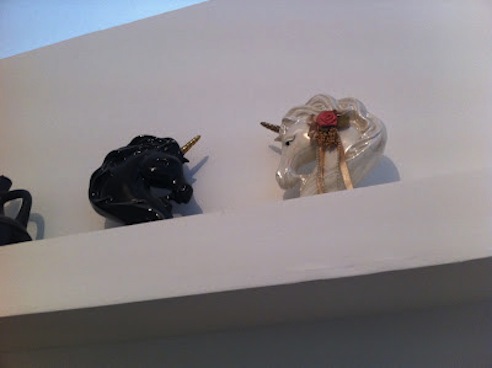 PS: I recommend joining Lital’s fun, spontaneous intiative on Facebook: “LITTY LEV’S PLACES TO VISIT IN OUR DREAMS“, a place of sharing and dreaming.