A picture from the opening of Know Hope’s show at Gordon Gallery 2.

Know Hope’s beautiful street interventions and gallery exhibitions made me very curious to meet him in person at his studio and chat about his projects, believes and vision. 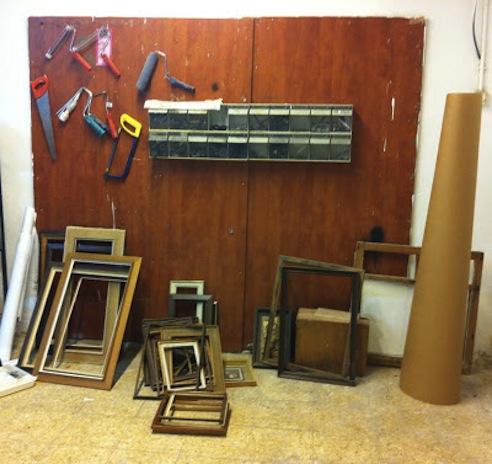 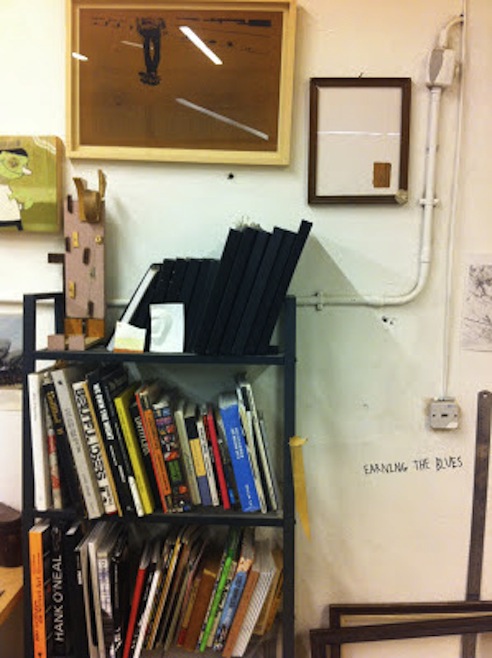 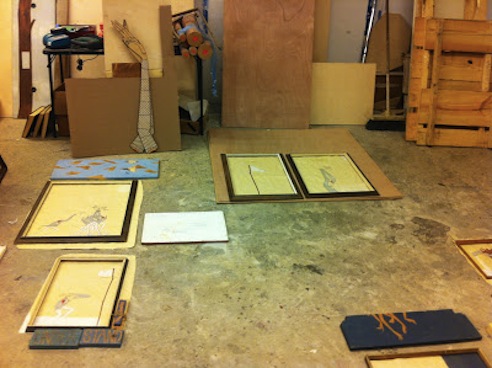 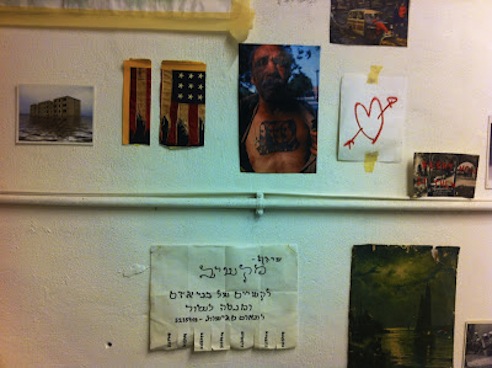 The name “Know Hope” came up in 2008 when Know Hope was writing these words everywhere in the streets. This straightforward catchy word play and the motives he uses in his art, highlight a wish for a better world but with what seems to be a constant melancholia and longing in the background. A tension between an optimism (“to know hope”) and pessimism (“No hope”) which is an emotional situation most of us know and can relate to.

After talking with Know Hope, it became clear to me that he is a true observer of our world and that one of his missions is to convey his vision to us, the viewers. He helps us see things differently by observing our existence and in turn giving us tools and hints to analyse what he perceives.
Know Hope told me about the symbols he uses, like a “code to a map” as he puts it, with repetitive motives such as the hearts, the broken legs and arms, the emblematic figures, the tears, the logs, the white flag, which have all made his work so recognizable. 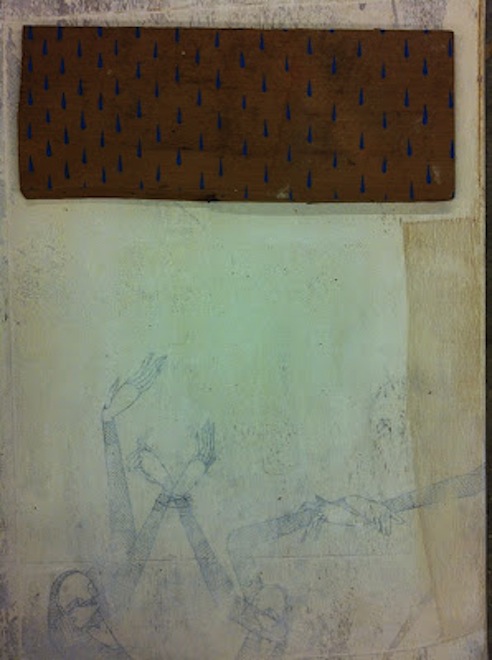 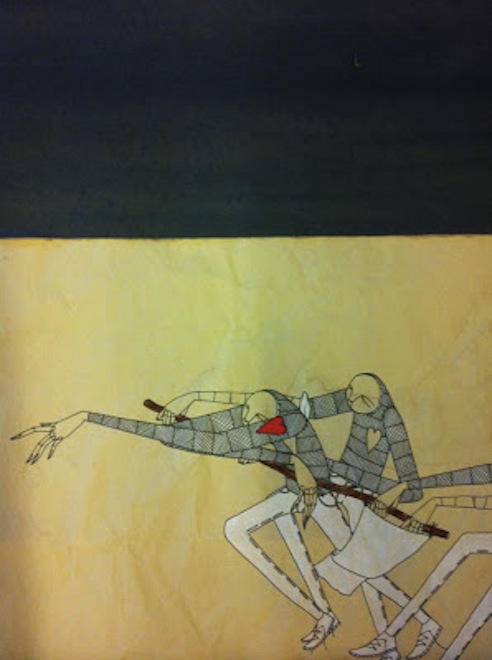 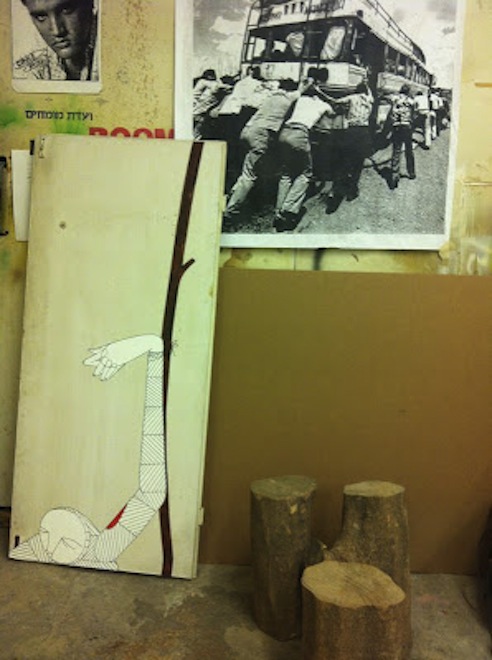 So what does Know Hope observe and wish to share with us?
Some of the issues he is concerned with are politics, nationalism and a the notion of time and memory which he all approaches from a personal point of view which then becomes universal.

Like many other artists who became famous for their street art, in recent years Know Hope has started showing extensively in galleries and museums in Israel and abroad. He has shown for example at Known Gallery (LA), Carmichael Gallery (LA), The Helena Rubinstein Pavilion for Contemporary Art (Tel Aviv Museum),  Art Beijing 2012 (Beijing) and many more venues.

Yesterday, he opened his first solo show at Gordon Gallery 2. 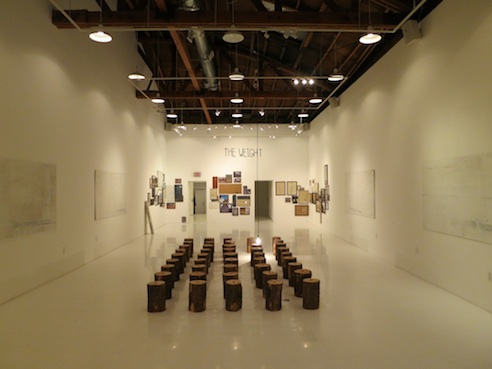 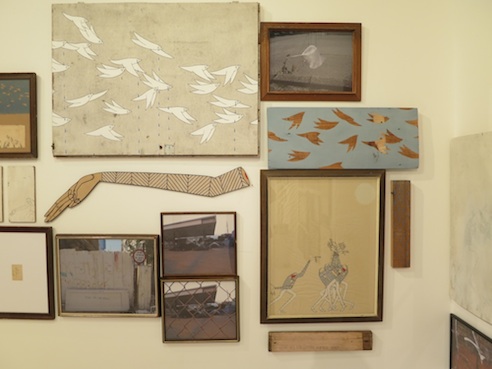 I was interested to know about his feelings regarding the move from the streets to the gallery space and vice versa. Know Hope spoke about his controversial feelings which arose these past few years regarding working in the streets. An example for this is an anecdote about a mural he was tempted to create on a gate during his visit to a village in China, an intervention which he decided at the end was not so ethical. This recent move in approach to the urban space is also visible in the shift from large wall murals which he has done in the past to more discrete text works in the streets. 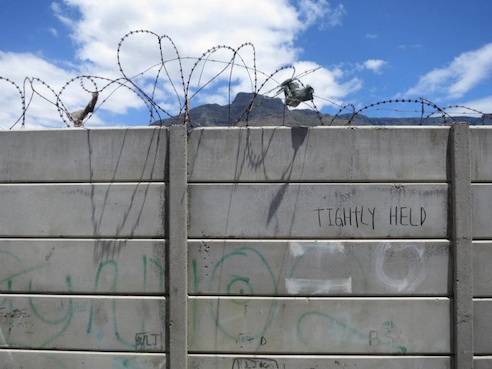 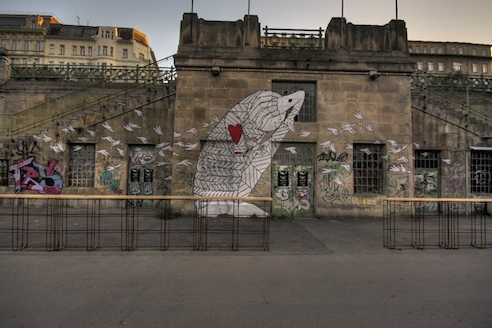 Know Hope therefore, is not so reluctant about showing in gallery spaces. His work, as he puts it, is about “engineering situations”, a working process which for him is similar in both contexts (in the exterior and interior spaces).

There is no doubt that Know Hope is a strong artist because of the specific language he has created. A language that is his own but which can be approached universally whether if it is in the streets or in an exhibition space.

– A two part exhibition at Gordon Gallery 2 in Tel Aviv

Things That Stand Between (from February 28th)

Gallery Talk with the artist:

All images courtesy of Know Hope (except the first five ones which are by OhSoArty).