Dates: Until May 18th 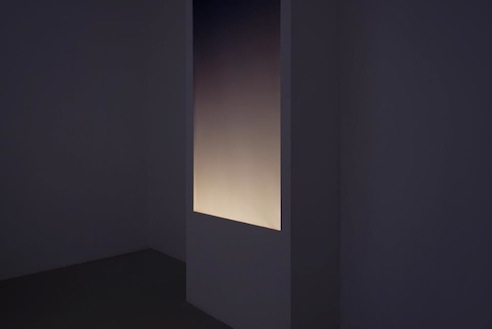 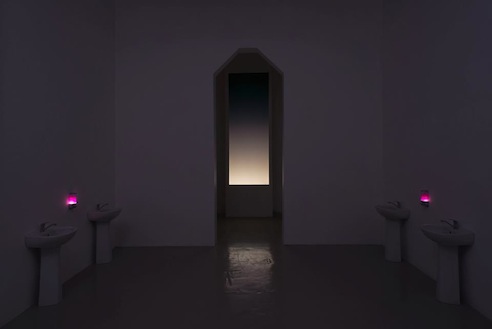 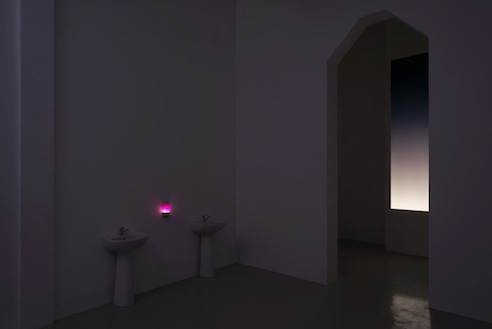 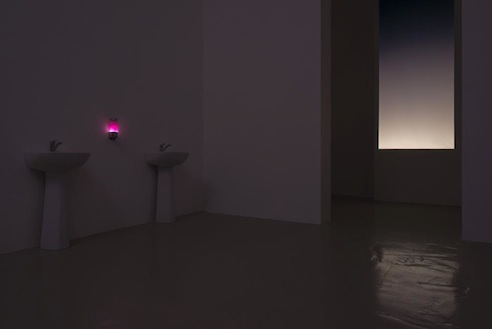 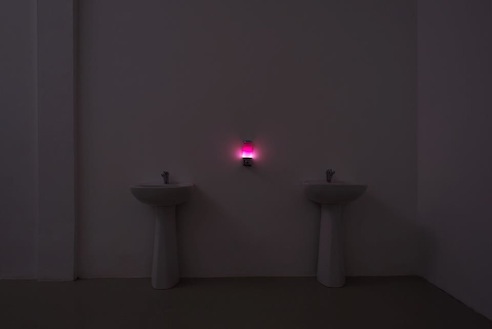 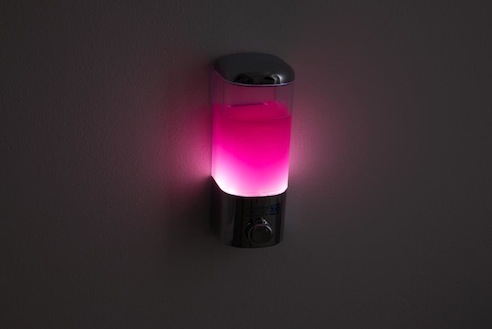 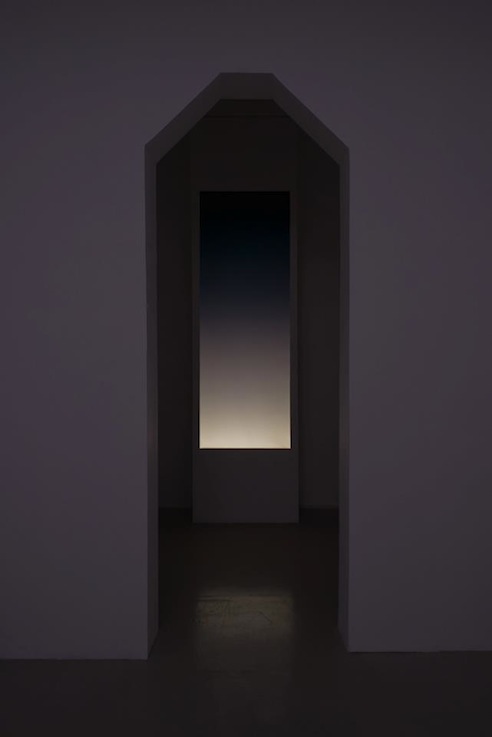 All pictures by Youval Hai (first one by Sarah Peguine)

During periods of hardship and distress, artistic and literary works tend to function as ways out or means of escaping reality towards celestial palaces. The more agonizing the reality, the more the fantasy is enriched and intensified: wretched reality is counterbalanced by a heavenly fantasy. However, Yariv
Spivak does not give into this tempting dichotomy, and rather integrates the existencial suffering with an enthused lofty disposition. He has no other choice. The experience of suffering has already been so
internalized that the poetic sensibility has to be juxtaposed on top of reality itself, extracting a beautiful
and hypnotic quality that mesmerizes the senses from poverty and unbearable exploitation.

And all in all what do we have here? Soap dispensers illuminated by artificial light, a window devoid of a real landscape and a photograph with no image. And what holds all of this together is a construction and a make-shift attempt to build a wall – as for a settlement – creating a secure interior space. Within this delineated area lies a wide column that resembles a chimney and contains a window through which
nothing can be seen. One beholds the splendor of a temple which shimmers through the lights of
prostitution houses. An ascetic minimalism. A false zen.

The Romantic painter Joseph Turner is an example of how the abstract is contained within a figurative
painting. In his last years Turner started painting blocks of colour that looked like Rothko paintings, long before Abstract painting was conceived. Turner was looking for the ‘sublime’ in the real world around him.

Transcendence can occur in the most mundane of places. The space of Astonish tries to bring together
the simplicity of the mundane with abstract spirituality. In fact it tries to contain the abstract within a
very gray realism, and to draw an elevated state of mind into a harsh and sterile enclosure.
It is said that Turner sold his very first painting to a collector, a Mr. Lenox who did not appreciate it. He
complained about the “indistinctness” of the painting. Turner’s reaction was this: “You should tell Mr
Lenox that indistinctness is my forte”.