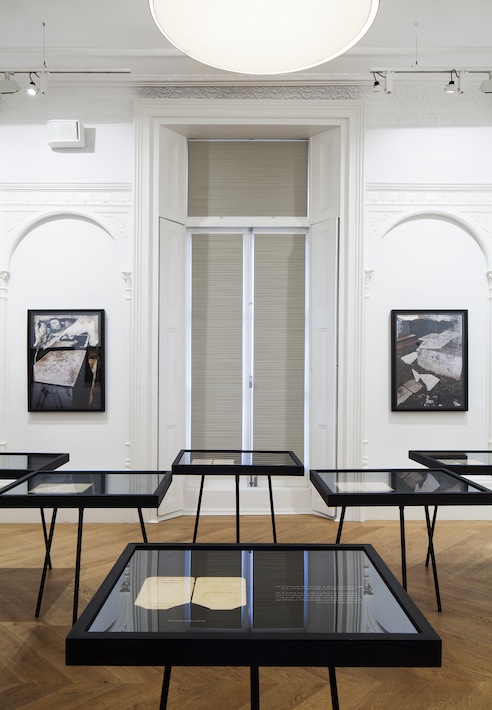 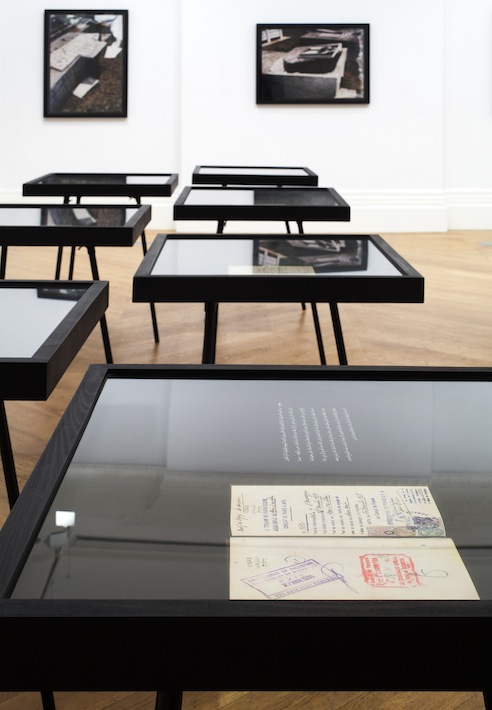 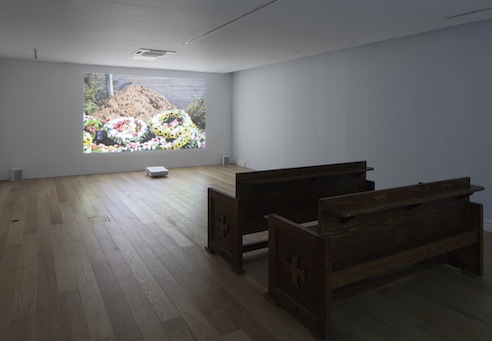 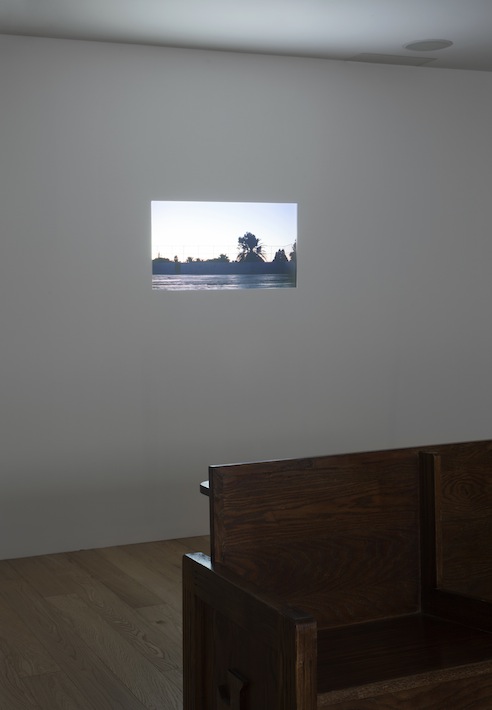 The Mosaic Rooms hosts the first UK solo show by artist Dor Guez. Guez’s family heritage is both Christian Palestinian and Jewish Tunisian. His work focuses on depicting the history and experiences of the Christian Palestinian minorities who have remained in Israel, a dispersed community whose voices and experiences have been marginalized by the prevailing narratives of the region. Guez’s work addresses these disparities whilst exploring contemporary art’s role in provoking questions about history, nationality, ethnicity, and personal identity.

The exhibition includes new and recent work, including the European premiere of 40 DAYS, a multi-channel video piece and photographic series about the destroyed gravesites in the Christian Palestinian cemetery in the city of Lod (previously known by its Arabic name of Al-Lydd).

Guez says about the work:
“40 DAYS deals with the position of the Chrisian Palestinian minority in the post “Arab Spring” reality of the Middle East. Both the video works and printed materials relate to the history of the image as an object – the tears, folds and cuts. In the video you see the result of the destruction of the Christian Palestinian cementery in the city of “Lod/Al-Lydd”, and, in parrallel, the destruction of the actual photographs, which were taken by my grandfather to the police as evidence. The first destruction is a pure hate crime; the second, of the photographs themselves, notwithstanding poetic and aesthetic appearances, reflects the desperation of a disenfranchised and marginalised community.”

The images originate from Guez’s ongoing work, begun in 2009, to build the first Christian- Palestinian Archive, the CPA, a growing collection of archival documents about the Palestinian Christians who were expelled from, and those who remained in, the State of Israel after the 1948 war. The archive’s starting point was Guez’s own family’s albums, three generations of the Monayer family living as a “minority within a minority” but today it includes thousands of other images. Guez conveys these experiences using different photographic and video techniques, from scanned archival images, to what he calls “scanograms”, and video installations, which are at once documentary, testimonial and experimental films.

Also on exhibit is the series Scanograms # 2, which holds a particular significance in its London showing for the artist:
“I had a special interest in showing Scanograms #2 in London, as it presents passports of Palestinians from the British Mandate period (1920-1948). These archival documents reflect the freedom of movement people from all communities in the Middle East enjoyed in the first half of the 20th century. This mobility was not physical only, but also translated into the exchange of ideas between cultures and communities.”

Guez’s practise explores how these archival and documentary media can be used to record and validate as well as reframe and influence ideas of history, culture, and collective identity. Combining the often intimate nature of his material sources, from photographs taken by his grandfather to family testimonies, Guez’s work offers audiences a uniquely poignant insight into the complexities of the Middle East today, and wider discourses on the politics of place.

This exhibition launches Disappearing Cities, the Mosaic Rooms’ ambitious cultural programme of exhibitions, talks and screenings focused on the destruction of Arab urban life in the post-colonial age.