Emmy Shahar and Salome Fakiel during the installation days of Fresh Design.

Emmy Shahar and Salome Fakiel are a Belgian and French artistic entrepreneurs, the creators of Design Space, an innovative project that they have been running for the past three years in Tel Aviv, which focus on promoting Israeli designers in Israel and abroad.

This year they are co-curating the first edition of “Fresh Design” which is taking place alongside the 6th edition of the “Fresh Paint Art Fair” in Tel Aviv, from May 21st to May 25th.

During the installation days of the fair, I had the chance to interview Salome and Emmy and learn more about their vision.

– Tell us about your background, where did you get familiar with art and design and how did you two meet?

Emmy Shahar (ES): I studied Fashion at the London College of Fashion, worked and studied at Christie’s and then worked in a gallery in New York where I fell in love with the gallery world. After that, I came to Israel and worked a short while at Sotheby’s. Four years ago, I opened my own gallery, Design Space.

During the first year, I showed mostly international designers, but after a while I also started showing Israeli designers and it then became an interdisciplinary kind of gallery. Salome started working at the gallery two years after the opening and a year ago we closed the space and we started a partnership. We are still a gallery and continue curating different types of projects,  and working with designers we’ve been following since the beginning of Design Space.

Salome Fakiel (SF): I studied architecture in Paris and then came to Israel where I graduated from the Interior Design Program at HIT, Holon. I then went on to show my works as an architect/artist in a couple of exhibitions.

During that time, I also opened a blog, “Tel Aviv Art and Design”, where the idea was to write about Israeli designers, architects and artists in English, as I thought it was something that was missing at the time. I went to Emmy’s gallery to take some pictures for the blog, we started working together and later on became business partners.

– I’d be curious to know how it is for you to work together, what are the strengths of each one of you?

ES: We know each one’s strengths and advantages, so we separate naturally the work between us according to these factors. But we actually really enjoy working together because we have a very similar taste and vision, so actually our strength is to be partners. It allows us to do so much more.

– Your gallery doesn’t have a specific space, tell us more about this original format and the mission behind Design Space.

SF: It’s true that when we left the Space, we were wondering how we would continue from there on, how to still be present in a physical space that is different from a gallery.

The idea behind Design Space is to first of all create exhibitions in many different platforms. The resulting show is related to the space we find. Each time we find a new location, we give it a new life, challenging all the participants in the project. This is the first aspect of our work that is in dialogue with the city and the space.

The second thing that we are aiming to do is to bring Israeli designers to international scene, which is actually not that easy.

ES: What we want to concentrate on is really to develop the design scene in Israel as well, which means developing with the designers products and organizing with them exhibitions.

SF: You have to keep in mind that most of the existing platforms in Israel are a bit complicated for showing design, there are not a lot of venues to exhibit design, and there’s a big gap between the place where there are designers making their works and where you can actually sell their designs. We aim to close this gap and be there for the designers, by accompanying them.  It’s very interesting for us, you develop a collection, you see things that have great potential and we are here to help the designers bring these products to the public,

SF: But we need to be more organized (laughs). Each time a project ends, we immediately want to plan the next one but then something new “falls” on us.

ES: Yes, so this year after the fair we decided to write a business plan (laughs).

– I’d be interested to know who are the figures from the design world that have influenced you in your career, and in your curatorial and artistic choices?

ES: Konstantin Grcic is one of my favorite designers.

SF:  Peter Zumthor for his architecture and for his writings about this field.

We also love right now Bethan Laura Wood, who is featured on our blog.

ES: Yes, apart from being a great designer she is also a quite a character, very special.

And Rossana Orlandi who is more like a gallerist but doesn’t have a traditional gallery so to speak. She has a space which is called “Rossana Orlandi Gallery” but she actually brings a lot of designers from all over the world, she does a lot of exhibitions in different venues, she is very active. We are following everything she does and she often chooses many designers that we also work with. 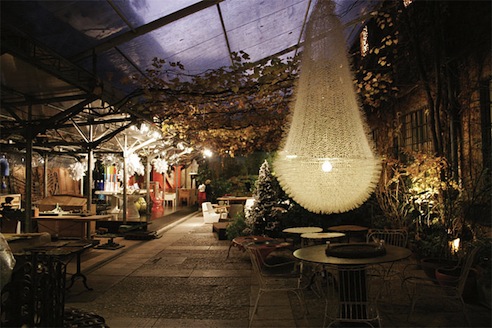 ES: I worked with Fresh Paint for five years and it’s been about one year that we’ve been in touch with the organizers, brainstorming about the idea of bringing Design to the fair. After a few weeks, we all decided we would do something together, and started working with Yifat Gurion (art director and head curator of the fair). We actually had only 3 months to prepare everything so it was very short and intense. Doing Fresh Design will also allow us to discover and explore the market for Design in Israel and to actually develop it from there, see how Israelis react to Israeli design.

SF: We had a lot of ideas of how to bring more design to the fair but because of the lack of time we had to do many difficult choices and so we hope next year we will be able to make it even stronger.

We are very happy to be part of this project as it allows us to show a global image of the design here.

– How many designers are showing? Are they all from Israel?

There are only Israelis showing but we have a few Israeli designers that live outside of Israel and are showing their work here like Guy Königstein from Amsterdam, Itay Ohaly from Eindhoven, Pazit Offner-Dines who’s brought three designers from London: David Amar , Adi Toch and Zemer Peled. 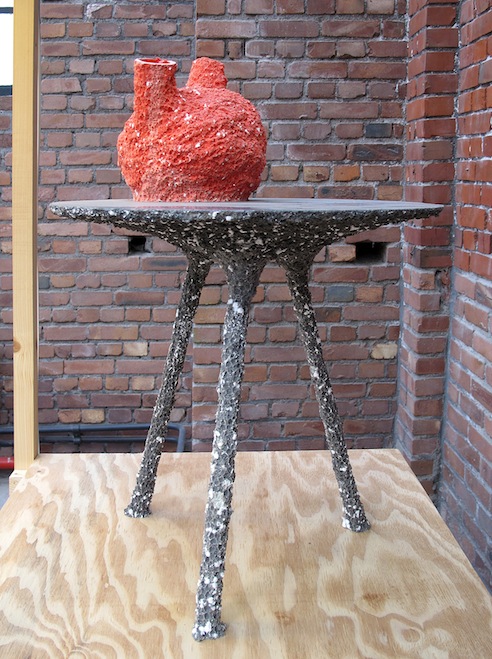 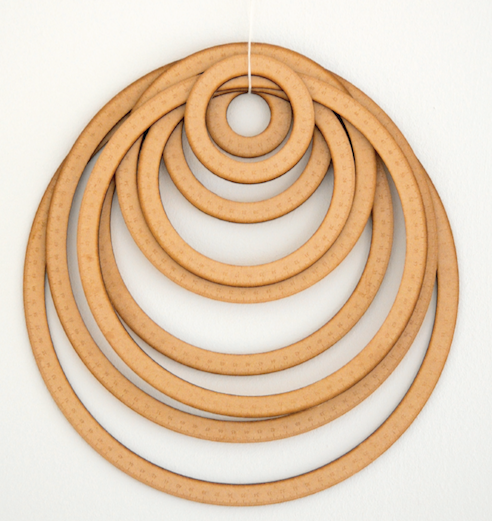 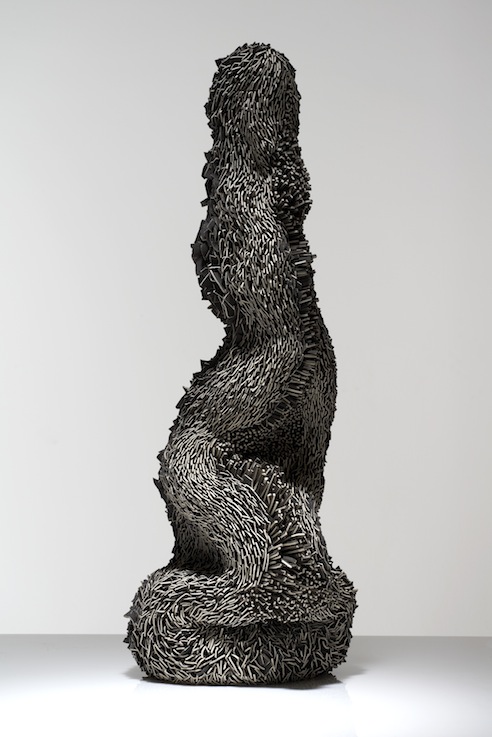 – So the fair separates Design and Art, what is the difference in your opinion between them? Is it really different?

SF: There is a difference of course.

ES: Production and philosophy are two aspects that are highly different as well as the way you curate and show Art or Design,

The way we work is similar to the art world and its system in the sense that we are trying to create collectible designs, which are one-off and limited editions of pieces that you don’t usually see in Israel because you don’t have a lot of galleries dealing with design.

This is something that we do have in the fair and I think it’s close to the way of thinking of Fresh Paint and art fairs in general.

– Which specific aspects, artists or trends are you highlighting in Fresh Design and how?

SF: We have a lot of products that are dealing with the notion of process. We are really proud of it because for us it’s really interesting to show the history behind each piece. A lot of designers are producing the materials to create the piece itself. There are all kinds of processes: baking, mixing materials that you often can’t even imagine like corn, sugar, flour, sand…

We show a lot of green design at the fair, ecological. I think that for Israel eco design is something very strong to start with.

– I’d like to ask you two more general questions about the design in Israel. Firstly how would you define Israeli design, does it have any particular characteristics?

SF: It’s still very hard to define. Today we are in a very global market, you can see it in everything and it’s becoming difficult  to differentiate one thing from the other. It’s nice to see that just from the craft you can start getting a feel of what can be Israeli, what can be from Holland and so on. So we can start feeling a difference but we can’t differentiate it very precisely, because there are a lot of designs that still aren’t developed enough to know where it’s going to go, see the trends and understand the big picture.

ES: The side of the process is an aspect that Israeli designers highlight in their work. Because they are not big industries and producing just a few pieces is very pricy, there is a lot of materials and designs that are produced manually by the designers.

– And what about the place of Israeli design in the world, does it receive a lot of recognition? You’ve brought Israeli designers to international art fairs such as Design Miami in  2012, tell us about how these projects were received in the world.

ES: In Design Miami we saw that there is a growing interest in designers from Israel. A lot of talented Israeli designers are showing more and more in galleries around the world and are starting to be known. Israel is being talked about for the past year as a new center for design (there’s Milano, there’s Eindhoven and now there’s also Israel). and is really making a buzz.

SF: The bottom line is that Israeli designers are becoming more known abroad than in Israel. 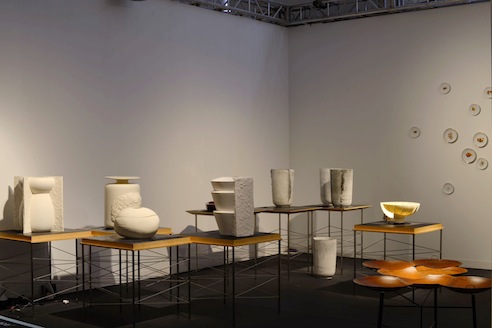 – Finally, you are bloggers yourself, with the Design Space blog which is hosted on the Tel Avivian platform, tell us about this experience, is it like a journal accompanying your projects? I’m a big fan of social media and I wonder how do you use its different channels in your daily work.

ES: First of all because we don’t have a physical, permanent space the blog is an important platform to show what we are doing, what we have, who we are, it’s an easy way for people to “visit” us.

We also focus on showing the “behind the scenes”.

We are trying to make it a bit more like an online magazine, we want to show things that inspire us, show studios, talk about fairs that we’ve visited abroad, etc.

ES: For us Instagram is really about sharing everything around us, even a road that leads us to a meeting, or a person that we like, it’s more of a journal.

Facebook is a mix between the blog and Instagram, we show all of the articles where we are mentioned, links that we find interesting, pictures…

– On Instagram do you also discover new talents? Is it also a working tool?

SF: definitely- even for this fair we used it to help us choose new designers.

We’ve used it also to comment on the working process of the designers who are participating at Fresh Design, so it’s even a means to communicate with the artists and designers and have a dialog during the projects or beforehand. 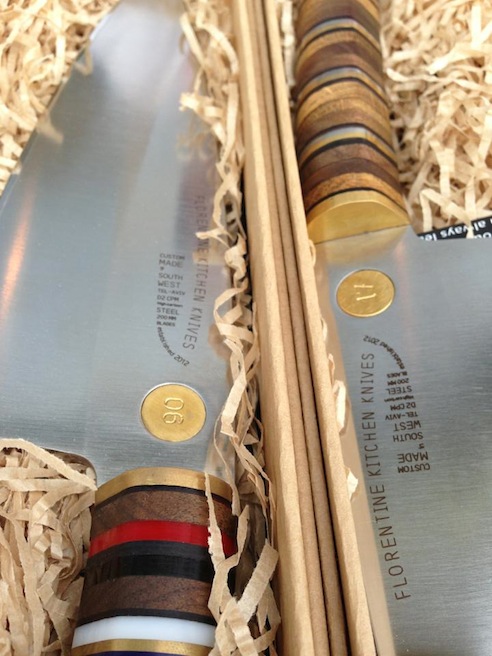 Instagram: a journal and a working tool.
In the picture work by Tomer Botner whom Emmy and Salome got to know through Instagram