Laura grew up in Paris where she graduated her MA in Modern Art History, with a focus on Israeli contemporary art.
Laura has been living in Tel Aviv since 2009 and works at the gallery Contemporary by Golconda.

The least we can say about Meir Cohen, owner of South Tel Aviv Gallery, is that this guy knows how to rock a small space. The first thing that crossed our mind when we visited his gallery was that we wished we could have used some of his tips when, as students, we were living in creepy studios. STA gallery managed the twist to turn a shoe box into a show box. And quite frankly, last week, the size of the gallery helped us to keep each other warm while attending Foma’s opening on one of the coldest night Tel Aviv had experienced in years.

More importantly than weather-related considerations, since its opening a few months ago, STA gallery, located on Haaliya street, developed a strong and exciting relationship with the urban landscape surrounding it. While most galleries are window-less white cubes, the gallery took the chance to connect directly with the multi-cultural environment that characterizes the neighborhood, between hipster Florentin and the Levinsky spice market that tourist guide books love to describe as authentic. 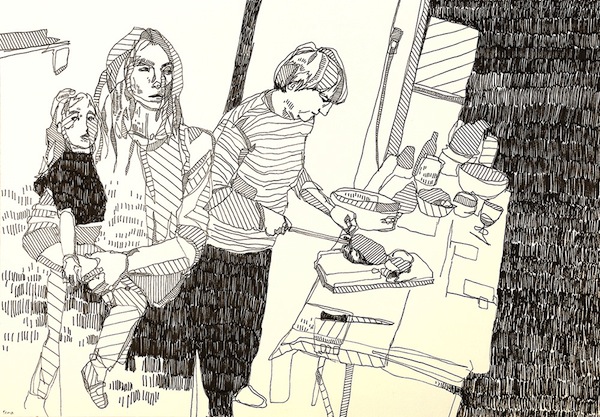 The gallery invites for its exhibitions young artists and faces them with a double challenge: how to create a comprehensive exhibition within three walls, and how to use the fourth wall – the window pane- as a medium to connect with the outside world. And it gets even more exciting when a street artist inhabits the space.

Indeed, if considering street artists for shows within galleries and museums has been a trend for quite some times –and we are thankful for it- the real issue is to manage to create an exhibition without sacrificing the core of the artist’s statement and inspiration: urbanity as a medium. 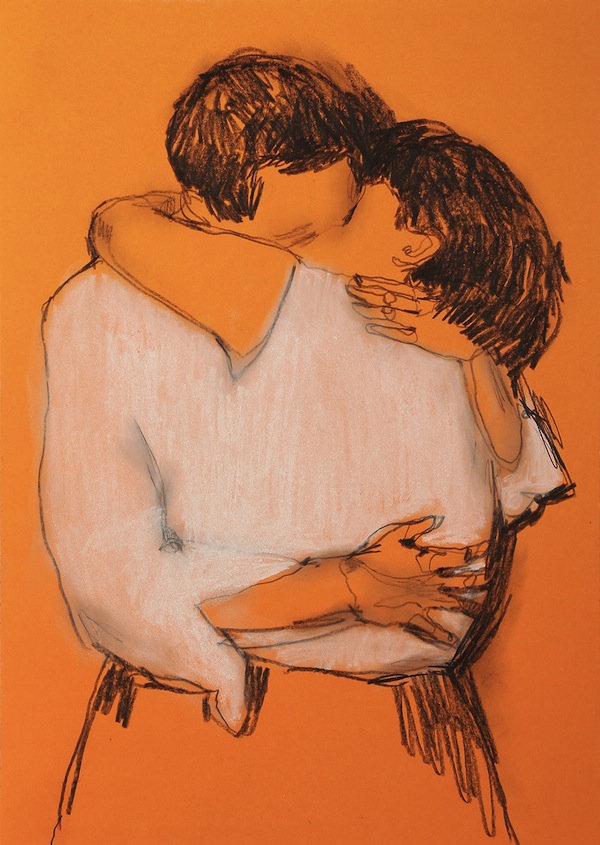 SUBMISSION, the solo exhibition of Foma’s latest artworks, curated by Sari Golan Sarig, is a great exemplar of a non-compromising and yet successful show. Foma, one of the most talented Israel-based street artists had of course already exhibited in indoor spaces but for this specific show, we particularly admired the idea of superposing small artworks on colored papers inside of transparent Perspex panels as a way to expand the gallery’s space.

Through different medium, SUBMISSION explores the power and powerless status of different kinds of relationships. The word submission belongs to the wrestling lexical field and is here subverted by the artist to characterize the general state of human interactions. May it be families, couples or wrestlers, Foma’s drawings and paintings emphasize the ambivalence between violence and aggression, love and passion. This tension between the subject matters and its implied meaning is carried by the artist’s delicate technique: superposition, repetition and a subtle work on line and silhouette which seems to be a recurrent theme in Foma’s works. 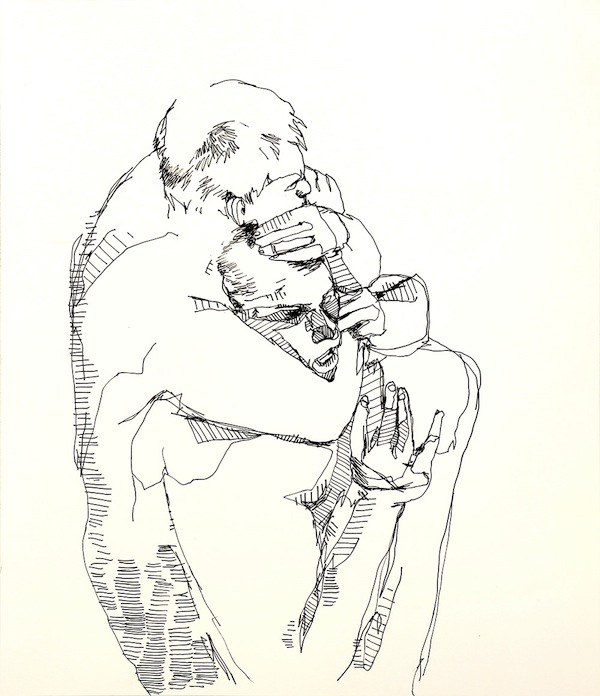 As Sari Golan Sarig underlines it in the exhibition’s text, Foma is one of the only women in a scene dominated by men, this is maybe why her reflection on gender-based relationships, sexuality and the perversions of social norms might be a meditation on what is the meaning of being an artist and a woman today. 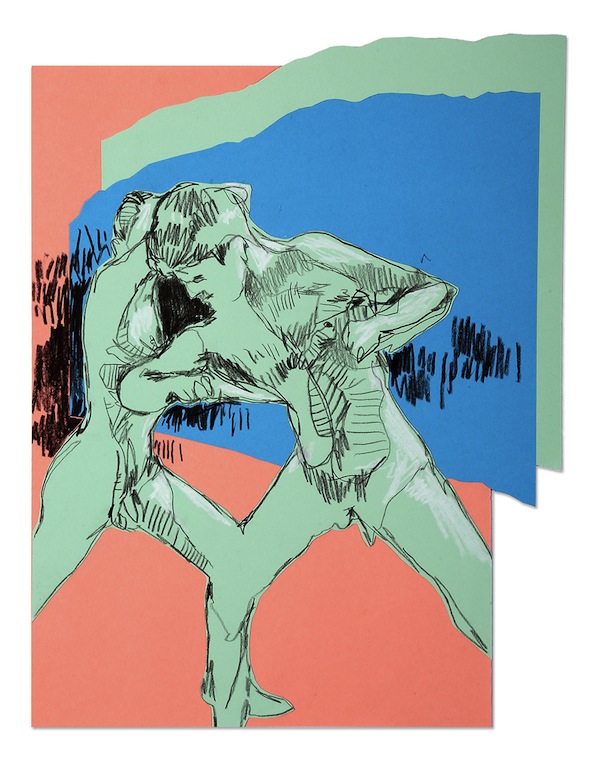