I knew Foma from the work she had done in the streets, especially from the series of posters showing her self-portraits. In these photographs, Foma is wearing a white mask and the pieces are accompanied with quotes of chauvinistic sentences she has encountered in the streets and which most women can relate to. 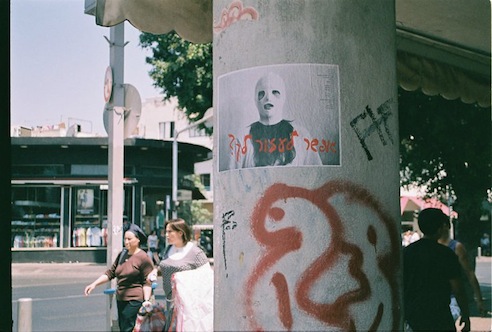 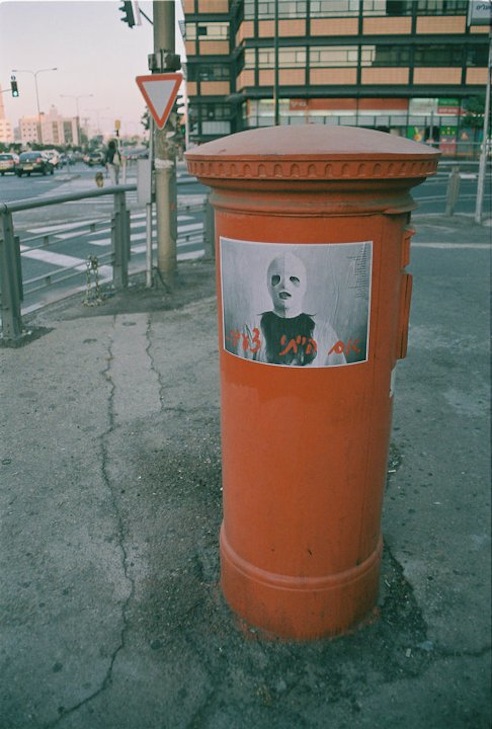 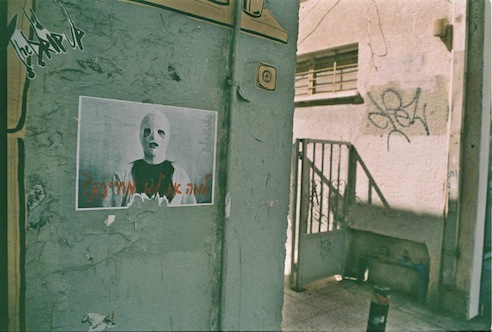 “Why aren’t you smiling?”

I met Foma a couple of weeks ago at her studio when I heard she was flying to China to present her works at the Israeli Embassy’s booth at the Art Beijing Fair.

The works she is showing at the booth include photographs in which, similarly to the ones she has hung in the streets her face is masked and she wears strange white costumes. These materials resonate with her background as she is a Shenkar College of Engineering and Design graduate in Fashion studies, and is often using fabrics and objects in her work. 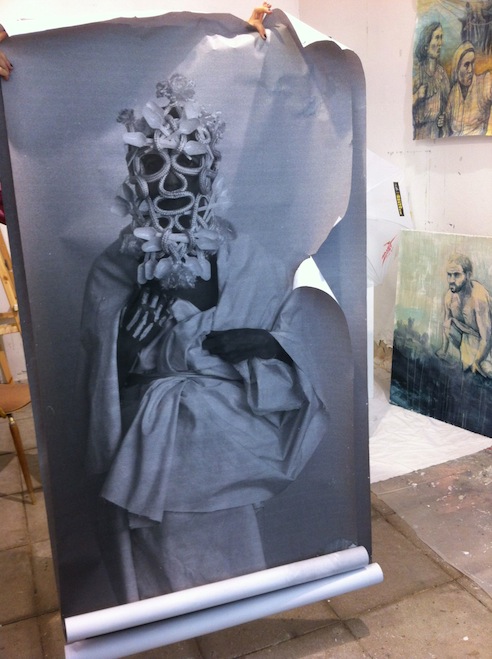 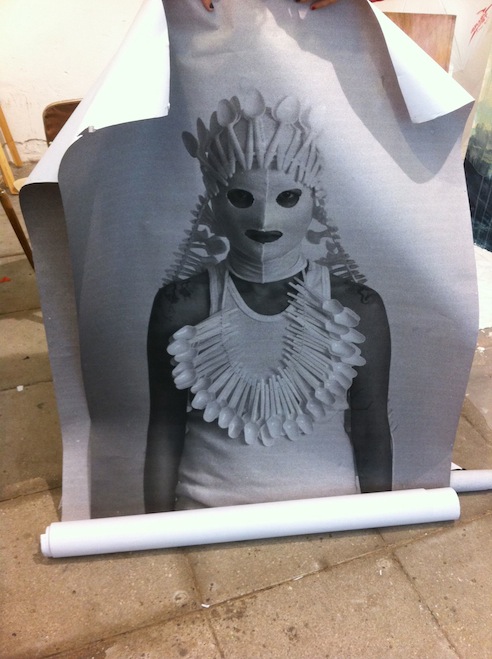 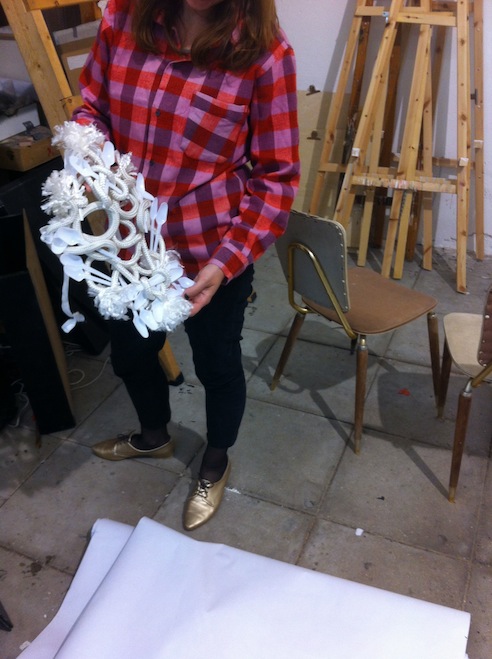 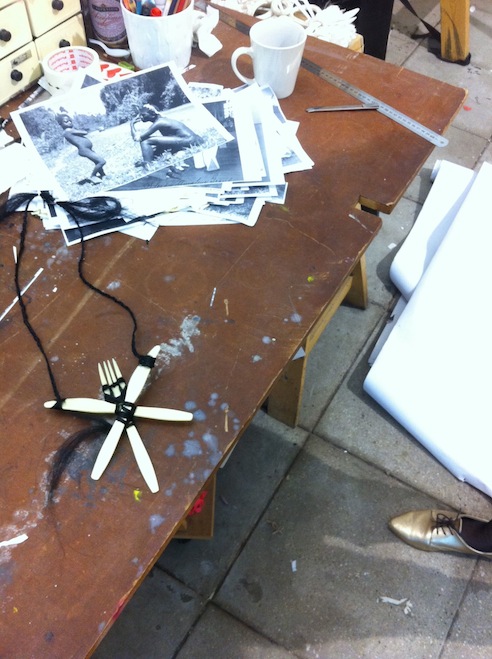 Feminism and Foma’s relation to it as an artist is one of the main issues she is concerned with and has treated it using different media such as photography, painting and video.

In her most recent paintings which she is currently showing at the fair however, the subjects she chooses derive from found photographs and speak about the ideas that stand behind ceremonies and traditions. Notions she finds are missing in our contemporary Western society. 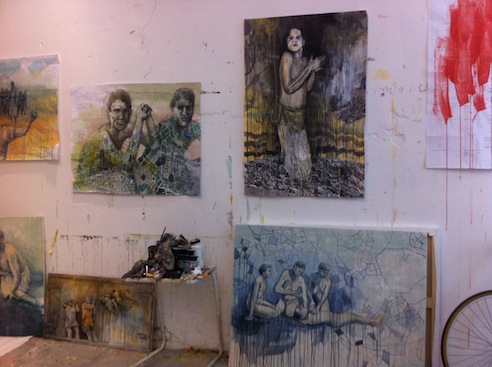 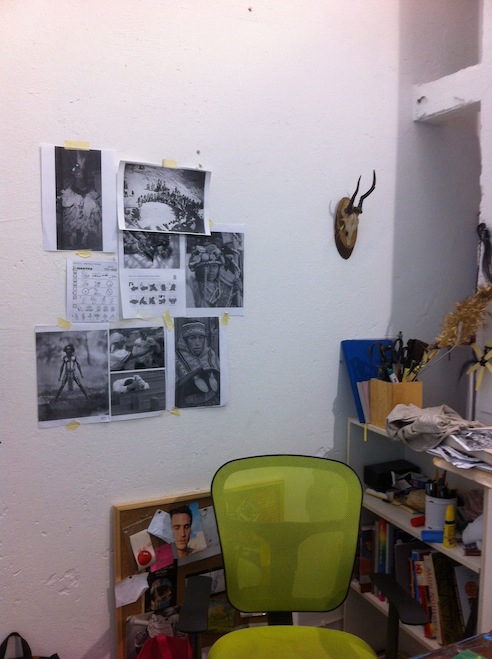 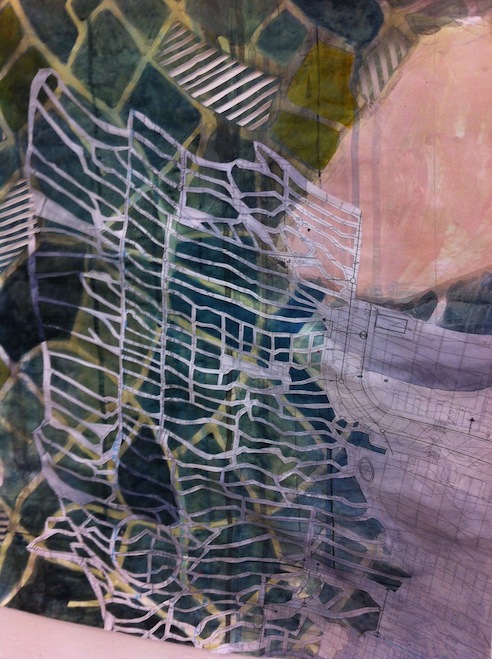 Foma often uses construction plans as the support for her paintings 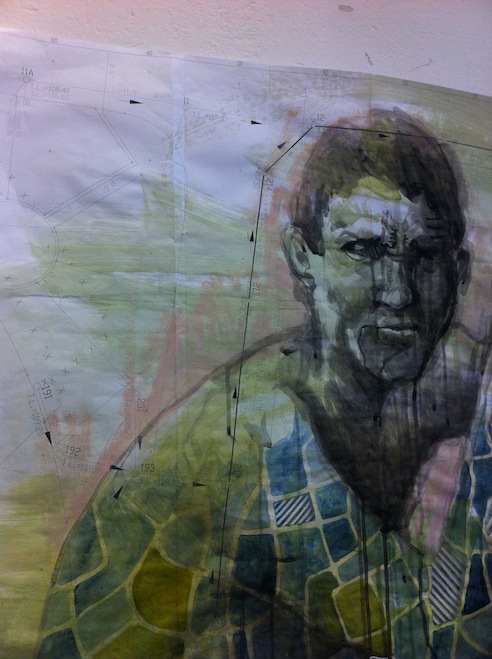 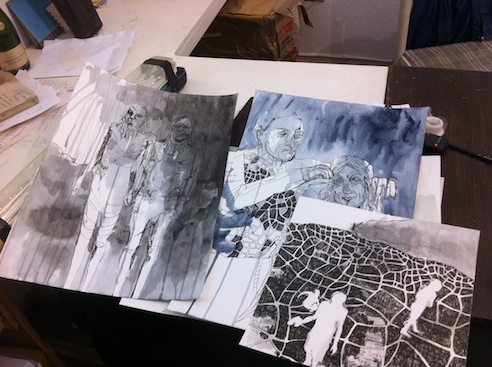 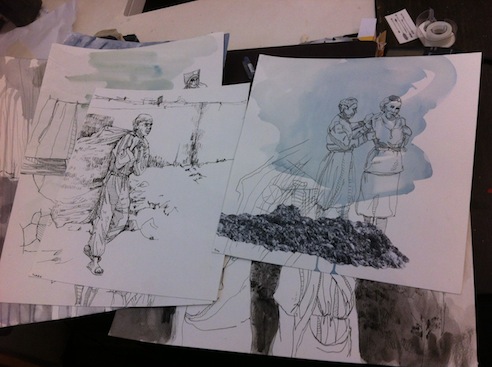 What I was most drawn to at the studio were her ink drawings which she does in “one take” without making a sketch beforehand. There is something very immediate and powerful about this body of work and which forms, together with the paintings, photographs and video she is showing in Beijing, a strong statement about our contemporary life from a feminist and social perspective 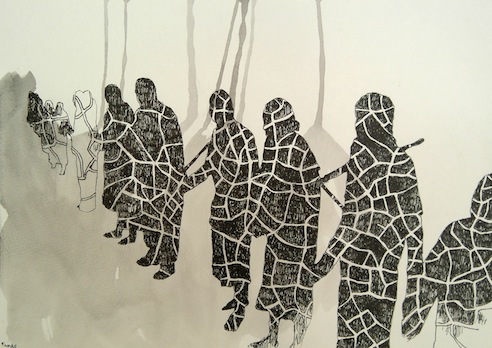 Work at the Art Beijing: “To go a long way” 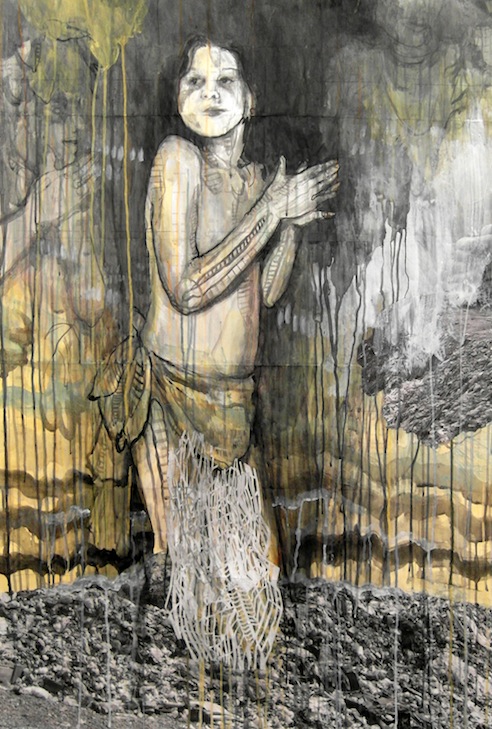 Work at the Art Beijing: “Where it belongs” 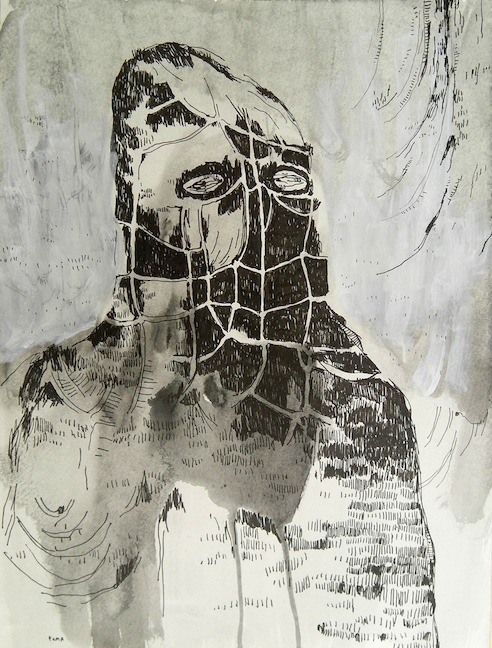 Work at the Art Beijing: “All roads” 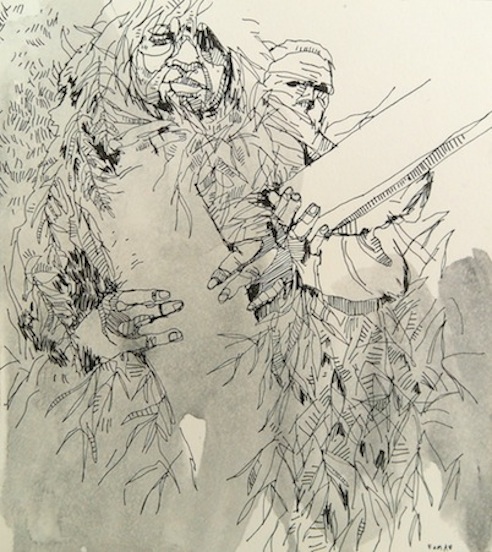 Work at the Art Beijing: “The secter and the sacred”