Alona Rodeh’s show at the CCA (Center for Contemporary Art), “Above and Beyond” is an exhibition that will stay with me.

I’ve visited it numerous times in the past few weeks and each time, the sound, the light, the foggy atmosphere and the striking visual of the wall literally impacted all my senses and created a strong physical and psychological experience.

Rodeh made an in-situ installation which was created especially for the CCA’s space, she designed not only the wall but also insisted in creating a new wooden floor, both mimicking – broadly speaking – the Western Wall . In the exhibition we enter a space that seems to blur the fine lines between religion, secularism, and consumerism and which offers a commentary- full of humour and audacity- on the way we consume and remember charged cultural and religious symbols

When I visited Rodeh at her studio in the south of Tel Aviv, she told me that “Above and Beyond” was actually impacted by an earlier one from 2009, entitled “Ethteric Body” which she presented at the Petach Tikva Museum. For that audio visual installation, Rodeh worked with existing sculptures from the museum’s collection made by Israeli artists and dating from the 1960s and 1930s. Rodeh reworked these zionist pioneer portraits by surrounding them with rays of light, recalling haloes seen in religious icons and also surrounding them with a soundtrack which consisted of a piano adaptation of Jim Morrison’s Bird of Prey.

The  light in this audio visual work is also present in the current installation at the CCA, where it is pouring out of the holes in the wall, and as Rodeh explained, can be interpreted as a witty allusion to religious elements such as vitrages from churches or again to religious haloes. 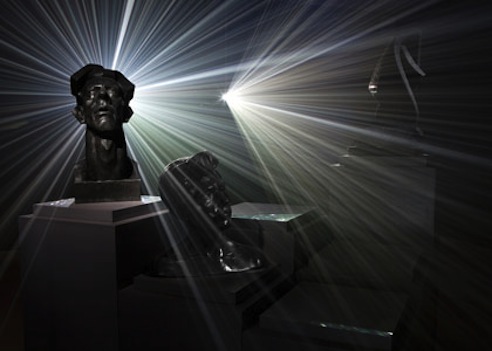 The sound, composed by Yoni Silver and created only of human sounds of clapping, whistling and stamping of the feet, is very striking in “Above and Beyond” and, like light and smoke, is an aspect that is important in Rodeh’s entire oeuvre. This is the case of earlier works such as “Black Eurhythmics” 2012, “Anxiety” 2011 and “Eroica For a Dear Man” 2010.

Since sound and music are repetitive aspects in her work and because she also talks about it with such passion I ended up wondering and then asking Rodeh if she is, a part from being a visual artist, a musician.  Rodeh replied that she considers herself being a sculptor who works with sound and music, in the same way she often works with light or smoke, as a raw material for her work, materials that the viewers cannot touch but only perceive through their other senses. 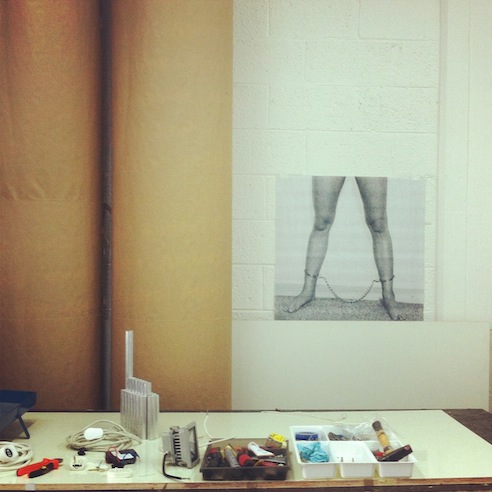 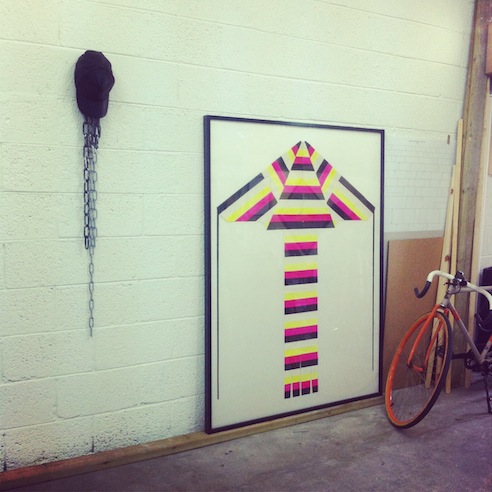 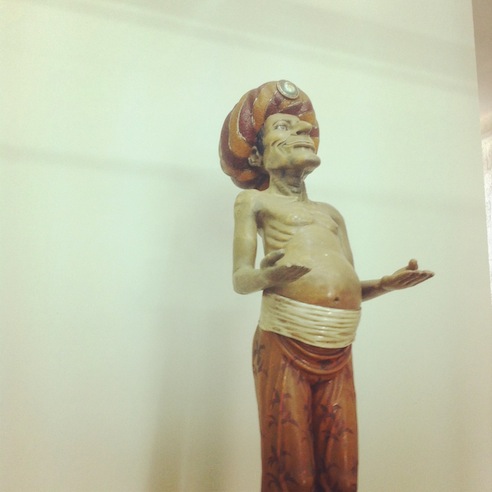 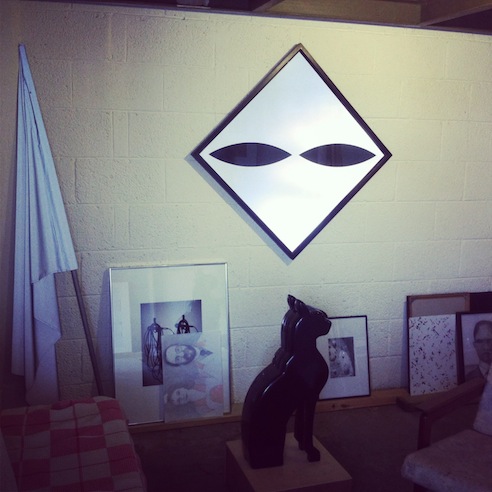 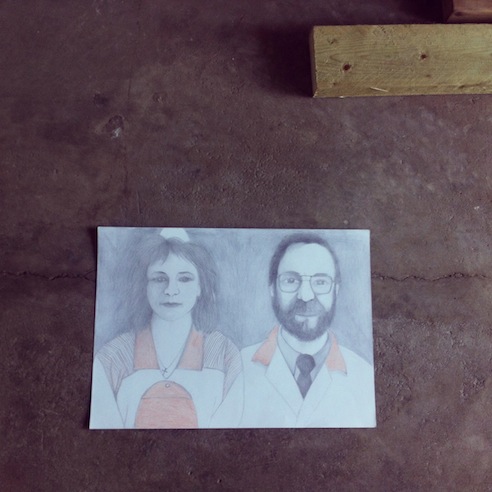 Rodeh’s works are often described as “performances without performers” and this is also the case in “Above and Beyond” which offers to the spectators an exceptional multi-sensory experience.

“Above and Beyond” catalogue. Designed by Nadav Shalev, with texts by Chen Tamir and Roy Brand

– Upcoming this Summer: Show curated by Hadas Maor at the Helena Rubinstein Pavilion.

– Get yourself a piece by Alona Rodeh: ‘Dynamite!’ a limited edition in 3 colors, exclusive on Oh-So-Arty.